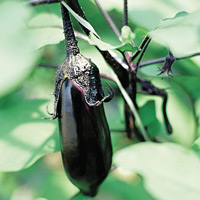 Even as it appears that brinjal is set to become the first genetically modified (GM) food to be approved for commercial production in India, lobbying against the final nod by the government has reached a feverish pitch. Last month, the Genetically Engineered Approval Committee (GEAC) had cleared commercial production of Bt brinjal in India. If approved by the Centre, it will become a law.

To pre-empt this, environmentalists have ignited their activism, while GM companies are being cautious. "We believe in the soundness of the scientific basis of the regulatory system and the various studies and field trials carried out by various national research institutions, agricultural universities, etc., and in the future of this technology," says M.K. Sharma, managing director of the Maharashtra Hybrid Seed Co. (Mahyco), which has conducted field trials for BT brinjal.

Of late, an email from Kheti Virasat Mission, — an NGO working against GM crops in India, — has exhorted the activists to contact members of Parliament (MPs) from their respective constituencies and convince them to pose questions against Bt brinjal during the winter session of Parliament starting mid-November. It has asked them to "collect" at least 50 MPs and apprise them about the ecological and sociological impact of the GM and BT crops in the country.

"We would make them (MPs) angry enough to raise a debate, walk out if they have to...," the e-mail says.