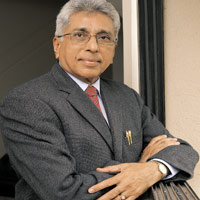 Starting last month, four young scientists trained in intellectual property (IP) have been supplying Dilip Shah a list of what they believe to be invalid or frivolous patent applications. Shah is secretary-general of the Indian Pharmaceutical Alliance (IPA), a group of top homegrown drug companies such as Dr Reddy's, Sun Pharma, and Zydus Cadila that will challenge some of these patents before Indian authorities. Next, this four-member ‘patent cell' will examine granted patents with a fine toothcomb.

This is just the IPA's latest salvo.

In under a decade, it has emerged as a powerful opponent of Big Pharma, top drug multinational companies (MNCs) on patent matters. "When it comes to IP issues, (other local industry associations) take a backseat," says one MNC corporate affairs manager who requested anonymity. "The IPA does a good job." Shamnad Basheer, human resource development ministry professor in IP Law at Kolkata's National University of Juridical Sciences says IPA has been "very instrumental" in influencing patent policy.

In the early to mid-2000s, as India's new patents law was written to signal a move to product patents on drugs instead of process, IPA lobbied for flexibilities. Its members made only generics of patented drugs, and faced an uncertain future. It achieved some. Like pre-patent-grant opposition that it now wants to leverage. According to a study by Basheer and his associate, just 3 per cent of the patents filed between 2005 and 2008 were challenged pre-grant. "Not every company has the time or resources to file patent challenges," says Sudhir Mehta, chairman, Torrent Pharma, an IPA member. The IPA move could partially address that.

IPA has also begun intervening in patent lawsuits. It recently asked to be impleaded in a case brought by German drug company Bayer against the Indian regulator, Drugs Controller General of India (DCGI). Bayer wants the court to stop DCGI from okaying Indian firm Cipla's generic of its patented liver cancer drug Nexavar. IPA supported Cipla's view that patents were not DCGI's mandate and a Bayer victory would set an unhealthy precedent that could delay legitimate generic entry. Bayer lost the first round and is in appeal.

Basheer says such intervention by an industry body where it informs the judges of the policy impact of an IP case is common in the US but new to India. "The IPA has taken the lead here."

Early Success
IPA saw the coming together of India's foremost pharma entrepreneurs: the late Parvinder Singh of Ranbaxy, Dr Reddy's Anji Reddy and Cipla's Yusuf Hamied in 1999. They realised that drug patents were inevitable. It was India's deal with the World Trade Organization (WTO), says Shah. "If we kept opposing it, at some point no one would listen. So why not structure it so it worked to our benefit."

Eight IPA members accounted for 30 per cent of the domestic pharma market, a third of its exports, and over 90 per cent of its research and development (R&D) expenditure. Most wanted to buy time to discover their own drugs — a long drawn-out process. They had clout and a unity of purpose that they felt hoary associations such as the Indian Drug Manufacturers' Association (IDMA) with hundreds of big and small firms, did not have. "A smaller group, it was felt, would be more effective," says Mehta whose firm continues to be part of IDMA. Other areas of interest included drug pricing, the regulatory mechanism, and countering spurious drugs.

The IPA tapped Shah who was running a consulting business after leaving US drug maker Pfizer's Indian arm. Since then, Shah's small office in suburban Mumbai doubles up as IPA's defacto war room. From here, he shoots off strong letters to Delhi when generics' interests are compromised. Like Europe's seizure of legitimate Indian generic drug shipments to other countries on complaints from Big Pharma patent holders. India is now planning to take the European Union to dispute settlement in the WTO.

The quarterly IPA meeting is a CEOs-only forum. Twelve of 13 CEOs also own their companies. The agenda includes issues that the companies face — regulatory hurdles, patents, and pricing — and international developments that Shah can foresee as having an impact. Like a move by the World Intellectual property Organization to harmonise patent standards upward, depriving developing countries of flexibilities.

The IPA meetings at one time were awkward, recalls Shah. The CEOs had only met at industry dos and in hotel lobbies. They were cordial but none too trusting given that they competed in the market. With time they became a fairly well-knit group, but their firms still compete.

IPA was just one of a spectrum of stakeholders that the government consulted while drafting the new patent law, says Rajeev Ranjan, then director in the Department of Industrial Policy and Promotion that spearheaded the law. But he recalls that it was "well organised," "articulate" and "understood that India had a WTO commitment to patents and nuanced its position accordingly".

IPA also ends up fighting on the same side as global access-to-medicine activists like Médecins Sans Frontières and "appropriated the platform of providing affordable medicines to the world for its members," says the MNC manager. This, he says, even though their medicines are not always much cheaper than MNC ones and occasionally pricier. The IPA, for instance, nixed a government proposal to bring 300-plus essential drugs under price control.

All this has enhanced visibility. "IPA has become the most visible voice of the Indian pharma industry at the national and international level," says K.M. Gopakumar, a healthcare activist at Delhi's Centre for Trade and Development (Centad). "The industry has benefited from it." In December, it will host the annual conference of the International Generic Pharmaceutical Association in Mumbai.

Challenges
But IPA has seen some setbacks too. Cipla and Piramal Healthcare exited in 2002 and 2003, respectively, over differences of opinion. It also disagreed with Ranbaxy on whether or not India should allow patenting of ‘incremental innovation' or improvements to known drugs. Ranbaxy supported such patenting.

Centad's Gopakumar warns that IPA will stay under pressure as the business interests of members evolve differently. For instance, Ranbaxy — now owned by Japan's Daiichi Sankyo — is still a member. As their new drug R&D plans have not borne fruit more Indian pharmas are likely to tie up with foreign firms.

Shah says IPA will contest frivolous patents even by its members. And, like in the Bayer case, it is also willing to work with non-members like Cipla towards a shared goal. This confuses some. "When IPA was formed we said we will see that we stand united on major issues such as IP and litigation," says Cipla's Hamied. "I would like to know what they are today."

IPA's relevance is borne out by the presence of many or all CEOs at its quarterly meetings, Shah says. "If IPA was not relevant, they wouldn't waste their time." At its last meeting in Vadodara, 10 of the 13 interacted with a senior US Food and Drug Administration official. IPA members have large exports to the US.

There is another issue. Shah (68) is IPA's one-man army. The alliance needs to find an able successor once he chooses to call it a day. For the moment though, Shah is busy planning IPA's next big move.