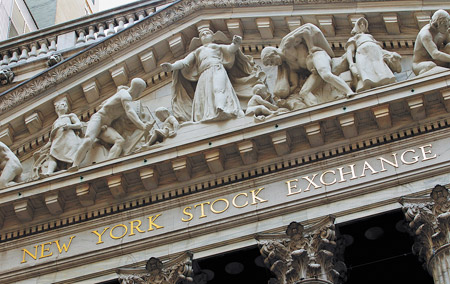 But how serious are the problems of the US external debt and the worsening fiscal profile? Media commentators have lamented that most US debt is held by foreigners, and in the Congress, legislators have called for harsh measures to push fiscal consolidation and spending cuts.
Most Asian countries — China in particular — hold a large amount of reserves in dollar-denominated Treasury securities, a reflection of China's trade surplus with the US. There has been much talk about correcting these imbalances, but not much action has resulted. If the US were to replace Chinese exports with domestic goods, employment would rise dramatically, as would tax receipts and GDP growth. The debt-to-GDP ratio would take care of itself. But it is hard to imagine cheap Chinese labour contracting so easily.

It is not clear that deep spending cuts would help fiscal consolidation very much either. When Japan tried that in 1997, the debt-to-GDP ratio got worse: lower government spending meant lower GDP, and since public debt does not decline at the same speed, the macroeconomic situation deteriorated even further. More recently, spending cuts in Ireland and Latvia produced the same results.

Recent academic research seems to support the idea that spending cuts make things worse. A paper by Victoria Chick of the University of London and Ann Pettifor — Fiscal Consolidation: Lessons from a Century of Macroeconomic Statistics — showed that 10 attempts at fiscal consolidation through spending cuts in the past 100 years all failed to improve debt-to-GDP ratios.

The S&P report has something disturbing. Page 4 of the review has this sentence: "...the risks from the US financial sector is higher than we considered them to be before 2008…"

S&P believes that risk in the US financial sector are rising. Is another crisis — as many doomsayers have warned — looming on the horizon? Sceptics dismiss the idea: the credibility of rating agencies is questionable after the crisis.

It is a cross S&P will have to bear for some time.

Tags assigned to this article:
srikanth srinivas magazine economy us on point japan magazine 2 may 2011 standard and poor fiscal deficit