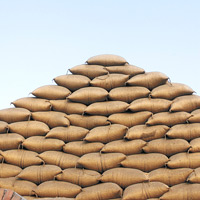 That is business as usual for DGFT. Just the previous day, the Bombay High Court had struck down DGFT's allocation of cotton quotas. A cotton ginner from Gujarat had filed a petition against DGFT's procedure because it had not kept a separate quota for ginners. Its conditions were more restrictive than in the case of rice export. It had announced on 9 June that it would give licences for export of a million bales of cotton. It asked only those to apply who had, with its permission, exported in 2008-09 and 2009-10; they would be given quotas equal to their export in the one of those two years that was higher, subject to a maximum 25,000 bales. They had to register between 20 and 25 June. It would announce its list of lucky exporters on 6 July. They had to submit documents between 7 and 15 July. After that, they had to ship their exports by 15 September. If they did not, they could be fined anything between Rs 10,000 and four times the value of the cotton they failed to export. The Bombay High Court struck down the eligibility criteria, and asked DGFT to include applications received between 25 June and 6 July and make a new allocation.

It would be an exaggeration to say that the minister of commerce is in the same business as A. Raja. He is a man of untarnished reputation; so is his commerce secretary. No such claims can be made about the staff of DGFT. It was once notorious for the bribes it collected on the million-odd import licences it gave out every year. That empire of corruption was dismantled when, in 2001, the BJP-led government abolished import licensing following the promise it was forced to make in the Uruguay round. But that promise did not extend to agricultural goods, which the government said it had to keep under control for the benefit of poor farmers. Since economic expertise is no higher in the judiciary than in the government, it is likely that the courts will be beguiled by its purported poor-friendliness and let it off the hook.

But however many cases the government wins, however just its policies may seem to the judges, its present policies cannot quell the widespread feeling of injustice that is spreading amongst farmers and traders. They see prices of cotton ruling 20 per cent and prices of rice 40 per cent higher abroad than in India. All they need to profit from the price difference is a licence from DGFT. Even if DGFT were completely clean, only a handful of traders would get the licence; then money could only be made by buying a licence from a lucky trader. The issue is not that DGFT's methods of export quota allocation are corrupt; it is that they are unjust. At best they are a game of chance; at worst they are arbitrary patronage.
It is possible to declare open and closed seasons for exports without using export licensing. Export licensing gives the government control on the volume of exports. It can get the same control without licensing by recording and aggregating exports from all the ports; surely information technology is advanced enough to permit this with a lag of a day or two. It would still need to allow the honouring of contracts made before export bans; for this, a simple reporting of all export contracts to DGFT, matched with shipments, would be enough. The impact of exports on the domestic economy would be more subdued if the government permitted larger stocks to be held privately. For this, it needs to limit its own purchases to needs of the public distribution system, and to be prepared to let market prices find their own level. What it cannot do is to retain the present controls; they have become simply unworkable.