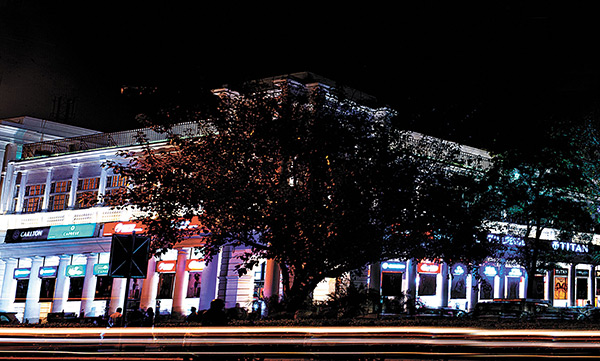 02 December, 2014
Print this article Font size -16+
Delhi continues to be India’s most competitive city for the fifth year running, despite having no elected government for the most part of the current fiscal. According to the Institute for Competitiveness India (ICI), the national capital has again outdone other Indian cities in the annual competitiveness index, with a total score of 73.13 points, bettering its score of 69.89 last year, and improving on every parameter — infrastructure, housing, transport, gross domestic product (GDP) — except administration. The city’s outstanding performance is often linked to more money spent on infrastructure and transport compared to other Indian cities.

The annual report by ICI rates a city’s performance based on its infrastructure, income distribution, institutional support, demographics, communication, etc. In the case of Delhi, 20 to 25 per cent of the total plan outlay over the past five years has been earmarked for transport. This year, Union finance minister Arun Jaitley set aside Rs 3,702 crore for Delhi’s transport sector, which accounts for 22 per cent of the total allocation. “The serious infrastructure investment in Delhi has ensured its most-competitive-city status,” says Vinayak Chatterjee, chief executive officer, Feedback Infra, an integrated infrastructure consulting firm, and chairman of the Confederation of Indian Industry task force on infrastructure projects.

“Being the nation’s political hub, Delhi offers proximity to political and administrative heads, thus making it an attractive destination to set up businesses,” says Rajnish Goenka, chairman, Tobu Cycles, and head of the Delhi and NCR committee of the PHD Chamber of Commerce and Industry.

This explains why even without a government in power for more than eight months, Delhi’s ranking was not affected. The city has been at the forefront of utility reforms, beginning with discoms, and construction of flyovers, the Metro, etc., says Chatterjee.

Delhi ranks No. 1 on the parameters of ‘demand conditions’ and ‘context for strategy’, scoring 87.95 in demographics, 70.8 in income distribution, 97.85 in competition intensity and diversity and 98.93 in business incentives. These scores reflect the perceived ease of doing business for entrepreneurs and investors. “Transport and connectivity have attracted a large talent pool,” says Goenka.  “Hence, it is easy to find skilled personnel at a reasonable cost in Delhi.”
In 2014, Delhi’s healthcare segment accounted for 16 per cent (Rs 2,724 crore) of the total plan outlay. Several healthcare projects are under way:  a Rs 940-crore project to add 1,400 hospital beds, a medical college with 100 seats, 50 dialysis machines and 110 ambulances. Allocation of Rs 2,482 crore for education (15 per cent of plan outlay), Rs 2,154 crore for housing and urban development (13 per cent), and Rs 1,249 crore for water supply (12 per cent) too figure in policy-makers’ plans.

But with little physical space left within the city, green-field expansion has shifted to the National Capital Region comprising Noida, Gurgaon, Faridabad and districts in Uttar Pradesh and Haryana bordering Delhi. Consequently, these satellite cities too, have moved up in the competitive index, with Gurgaon jumping from 6th position in 2013-14 to No. 3 this time. “The satellite cities have eased congestion in Delhi,” says Goenka.