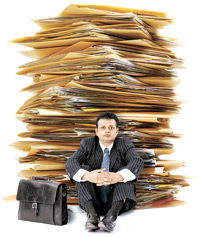 08 November, 2014
Print this article Font size -16+
India’s position in world league tables for growth always makes news, partly because we do not do too badly there. But when it comes to judgments about how well we run our country or how good India is to Indians, the subject does not get much publicity. One of the comparisons that does not make news is of the ease of doing business. No wonder, for India ranks 132 in a list of 185 countries — 41 places below China, 51 places below Sri Lanka and 116 places below Taiwan. It may be too ambitious to think of overtaking Singapore and Hong Kong, which occupy the first two places; but India would have to climb 25 places even to get as far up as Pakistan.

If there is something at which Indian red tape excels, it is in obstructing contract enforcement. It involves 46 steps, takes 1,420 days, and costs 40 per cent of the value of the contract on average. Anyone who intends to sign a contract with an Indian would do well to make sure the other party is honest and financially sound; if he is not, recovering money out of him would be worse than pulling out one’s own tooth. This is after 20 years of reforms, including the setting up of debt recovery tribunals. DRTs are choked with cases; what is worse, anyone whom they rule against can go to higher courts, which add their own delays and costs. The truth of the matter is that our legal system does not work: judges give a higher priority to fixing the political system, and have no time to improve the efficiency of their own system. Consequently, India is the second worst country in the world to enforce a contract. If the businessman gets through all the hoops and gets a decree on the debtor, the latter may go into liquidation. That would take another 1,572 days; creditors recover only 26 per cent of their dues on the average. That makes India 116th best country to go bankrupt in.

It is almost as bad when it comes to issuing construction permits: that involves 34 procedures, takes 196 days, and costs 15 times national income per head. That is relatively cheap, since per capita income is low; but corruption in property offices is legendary. The corruption is mostly in the form of speed money, but obviously the money does not speed up the processes much. That brings down India’s rank to 182. Once the house is built, the owner will have to go through five procedures, which cost 7 per cent of the value of the property and take 44 days on the average; India’s rank in property registration is 94. But then, the novice house owner may have forgotten to apply for electricity. That will involve seven procedures and take 67 days; but it is relatively cheap — it costs only 2½ times the income per head. So India’s rank in respect of power connections is 105.

It is bad in respect of tax payments, but not nearly so. The average number of taxes to be paid is 33, a citizen who goes to pay them himself will waste 243 hours — about a month of his working life — and will lose 61 per cent of his profits for having been honest. Still, there is much competition from taxmen of other countries; India’s rank is only 152.
A major area of reforms in the 1990s and after was international trade, we might think that we have done pretty well. But even there, India’s rank is 127. An exporter has to fill in nine documents and run around with them for 16 days; an importer must go around for 20 days with 11 documents. He will pay $1,120 for a container to export something, and $1,200 for one to import something — because India imports much more than it exports, and there is a surplus of containers waiting to be shipped out.

India has no public registry of people; the national registry is still in the making. Private registries cover only about 15 per cent of the people. So credit information available for India is not great. But because most banks are owned by the government, creditors’ legal rights are pretty robust. So India ranks a high 23rd in credit transactions. That is not an index of how easy the common man finds it to get credit, despite all the talk of inclusive credit; but it is pretty safe to give credit, provided one has investigated the borrower’s background thoroughly.

But the government has miles to go before India can become a great country to do business in. The Prime Minister is looking around for reforms to do; he is even prepared to take political risks to prove himself to be an enduring reformer. He should read the World Bank’s report on doing business to get some ideas for uncontroversial reforms.