On the 12th anniversary of 26/11, Maharashtra Chief Minister Uddhav Thackeray on Thursday inaugurated 'Hutatma Dalan' (Martyr's Gallery), dedicated to the Bravehearts, who lost their lives in the terror attacks.

The Martyr's Gallery was inaugurated at the Police Headquarters (HQ) in Mumbai. The Chief Minister also launched a coffee table (Atulya Himmat) book during the event.

"CM Uddhav Thackeray also unveiled a coffee table book on the work of the Maharashtra Police during covid, ensuring that we stay safe at home," Maharashtra Minister Aaditya Thackeray tweeted.

Paying tribute to victims of the 26/11 attacks, Aaditya wrote: "This morning, we paid homage to the brave souls in uniform who laid their lives to protect our nation on 26/11, 12 years ago." 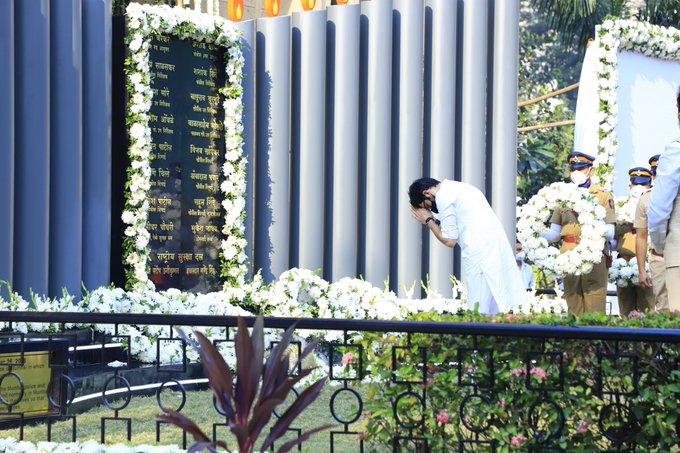 Construction of the new memorial for 26/11 terror attacks at the Mumbai Police Commissionerate Office was completed on Wednesday.

The ghastly attacks, which began on November 26, 2008, lasted for four days, leading to the death of 166 people and injuring over 300.