US Govt Aims To Shed Control Of Internet Addresses 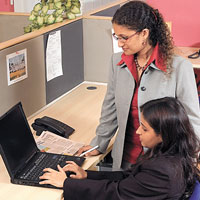 08 November, 2014
Print this article Font size -16+
The US government announced on Friday (14 March) it will give up its most direct means of control over the Internet's infrastructure, but said it will insist that the job be taken on by a group that includes the private sector and other interested parties, not just multiple governments.

The Commerce Department maintains the master database for such top-level domain names as .com and .net, as well as the corresponding numeric addresses, but has contracted out that work to the Internet Corporation for Assigned Names and Numbers.

Assistant Secretary of Commerce Lawrence Strickling said he asked ICANN to convene a process for a formal transition, which he said must "support and enhance the multistakeholder model" and "maintain the openness of the Internet."

ICANN Chief Executive Fadi Chehadé said the process would be completed before ICANN's management contract with the Commerce Department expires in September 2015.

The United States, which gave birth to the Internet, has long said it wants to hand over stewardship and has taken many steps toward that. But it has been vague about how and when it will cut the final tie.

Pressure from other governments to hasten that day has been building as tensions over Internet espionage and censorship increase. The push has accelerated following disclosures from former National Security Agency contractor Edward Snowden, whose documents showed that US intelligence officials scanned vast amounts of Internet traffic.

Friday's declaration appeared partly an attempt to head off the drive by Russia, China and other countries to move more Internet control to the United Nations' International Telecommunications Union, which is composed only of national governments.

In December 2012, the United States and its allies thwarted a move inside the ITU to give national governments more control of website addresses and ITU a clear role in Internet architecture.

Friday's announcement puts the private, nonprofit ICANN in a good position to add to its power, and Chehadé said that discussions for laying out the appropriate process would kick off at an ICANN meeting in Singapore next week.

"We do not believe what is needed here is a new organization," Chehadé said during a call with reporters. "It is up to the community, though."

Other infrastructure groups will also be involved in the discussions, including the Internet Engineering Task Force and the Internet Society.

Though many governance experts support models that involve parties beyond national officials, ICANN also has its critics. Among the complaints is that the group is largely funded by the big companies that sell domain names, and that those companies wield disproportionate influence in ICANN's decisions, such as last year's authorization of new top-level domains in many languages.

Internet users should notice no changes, Chehadé said, but he still called the US decision "historic."

"It marks a point of maturity in the ICANN community and the global Internet community," Chehadé said. "They are entrusting ICANN to convene the global community."

Governments sit on an ICANN advisory board, and Chehadé said they would be welcome as "equal parties" with others in the coming debate.