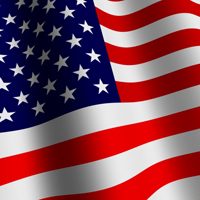 08 November, 2014
Print this article Font size -16+
Congressional negotiations to end a US fiscal crisis gripping Washington and spooking financial markets hung by a thread on Saturday after bipartisan talks broke down in the House of Representatives and shifted to Senate leaders.

Senate Majority Leader Harry Reid, a Democrat, held an initial session with Senate Republican leader Mitch McConnell. But uncertainty remained about their ability to reach an agreement quickly to end a partial government shutdown and increase the nation's borrowing authority.

Thursday (17 October)  is the deadline for raising the debt ceiling, necessary to avoid a possible government default. The Senate was set to meet on Sunday, but the US House of Representatives was not, so Congress will be cutting it close.

"Economists say it won't be long before financial markets react negatively to this continued uncertainty," Reid said on the Senate floor.

"The life savings of ordinary Americans are at risk."

Earlier, faced with the looming prospect of a debt default, President Barack Obama appealed to Congress to pass the budget while pushing Republicans to agree to hike the borrowing limit to prevent an "economic shutdown".

"Let's pass a budget, put people back to work, and end this Republican shutdown. Let's pay our bills, and prevent an economic shutdown," Obama said as the government shutdown entered its twelfth day.

In his weekly address to the nation, Obama outlined details of his meetings with Republican lawmakers over the past few days to resolve the unprecedented crisis.

"I know you're frustrated by what you see in your nation's capital right now. But because it's easy to get lost in or give up on the political back-and-forth, I want you to remember: this is not normal," he said.

The battle between Obama and Republicans, who control the House of Representatives, over the flagship healthcare plan dubbed 'Obamacare' has forced the government to shutter offices and send home hundreds of thousands of workers.

Alongside the shutdown, the US is heading for a default if it does not raise its debt limit by the 17 October deadline.
Unresolved Issues
Among the unresolved issues is the duration of the debt ceiling increase. House Republicans were pushing a boost that would last only six weeks, producing another potential showdown in the middle of the holiday season. Democrats want to push the next debt ceiling deadline at least well into the new year.

Reid and other Senate Democratic leaders went to the White House to confer with Obama in the afternoon, but said nothing to reporters as they left after an hour and 15 minutes.

At the meeting, Obama and Senate Democratic leaders agreed that talks should continue between Reid and McConnell, a senior party aide said.

"But Democrats' position remained the same: Democrats are willing to negotiate on anything Republicans want to discuss as soon as we reopen the government and pay our bills," the aide added.

Lawmakers are also scrambling to put hundreds of thousands of federal employees back to work after their failure to fund the government resulted in the partial shutdown.

Dick Durbin, the second-ranking Democrat in the Senate, said the goal was to reach a bipartisan deal in the Senate before financial markets reopen on Monday.

But the road to a deal appeared difficult, as Reid dismissed Republican Senator Susan Collins' plan to extend the U.S. debt limit until January 31 and fund the government for six more months.

That plan had given some moderate lawmakers hopes for a quick compromise, but Democrats said it was saddled with too many objectionable add-ons.

Collins expressed disappointment, but said she remained hopeful "that a bipartisan solution to reopen the government and prevent a default is within our reach."

The "preliminary" Reid-McConnell negotiations - at 9 a.m. on Saturday in Reid's office - were launched one day after Obama rejected a proposal by House Republicans for a short-term increase in the debt limit to November 22.

Democrats warned that such a small increase in borrowing authority would simply lead to another round of bitter confrontations in Congress and could choke off consumer confidence just as the Christmas buying season was starting.

The flurry of action in the Senate came as House Speaker John Boehner informed his fellow Republicans in a private meeting that the White House had rejected its proposals and there likely would be no more ideas delivered to Obama now that attention was shifting to Senate negotiations.

'Good Meeting'
Although McConnell initiated talks with Reid, the Republican has maintained a relatively low profile as he faces a tough re-election campaign back home in Kentucky.

"We had a good meeting" was all McConnell would say to questions shouted by reporters in a Senate hallway.

While some senators were hopeful now that Reid and McConnell were negotiating, no clear path to a deal was evident.

"Senator Reid and Senator McConnell are talking to each other for the first time and that's good," Republican Senator Roy Blunt said.

Even if senators craft a proposal to end the government shutdown and raise the debt ceiling, at least some Republican support will be needed to pass it in the House. That support is far from guaranteed, especially if the Senate deal does not include any new attacks on the healthcare law.

As Senate leaders tried to craft a deal, many House members headed to their home districts, having been informed there would be no votes before Monday evening.

With every passing day, according to opinion polls, Americans' patience has worn thin with Republican tactics that led to the government shutdown, enhancing prospects of a deal.

"Markets rose on hope for a deal, so markets are likely to fall as reality check alters sentiment," said David Kotok, co-founder and chief investment officer at Cumberland Advisors. Kotok said he believed there would be no deal before Thursday, adding, "This fight is a long way from over."

Companies and trade associations have been stepping up their efforts on Capitol Hill as the debt ceiling deadline approaches.

"I was optimistic yesterday morning," David French, the chief lobbyist for the National Retail Federation, told Reuters on Saturday. "I'm a little less optimistic today and so are folks I've talked to" on Capitol Hill.

Retailers are particularly concerned about going into a holiday season with debt ceiling jitters hanging over the economy.

Scott DeFife, top lobbyist for the National Restaurant Association, said his industry was "extraordinarily concerned with the debt limit."

For his members, he said: "Consumer confidence is critical. Any financial issue like this can really put a damper on activity."