US, China To Cut Carbon Emissions: Time To Follow Suit? 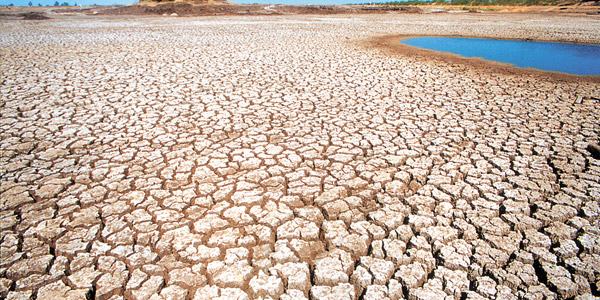 08 November, 2014
Print this article Font size -16+
On the eve of world environment day (June 5) the carbon giants - United States of America and China have announced that they will cut carbon emissions. It is a welcome step even if a little late in the day and it is also time for India to consider similar affirmative action.

The adverse impact of uncensored industrial growth is taking its toll on industry itself as evident from perpetual haze over cities, untimely rains, increasing water scarcity, shortage of minerals, landslides, droughts, floods and the inevitable protests. After decades of protesting emission reductions global leaders - China and USA have announced emission reduction targets, highlighting the significance environmental concerns are gaining in policy, economy and society. In the past both the countries have steadfastly resisted international attempts to commit to emission reductions though from opposing sides of the carbon debate. It appears they are waking up to the reality, as should India.

The United Nations Framework Convention on Climate Change set up the Kyoto Protocol - an international treaty to address carbon emissions in 1998, which came into force only in 2005. The debates have raged for decades now but succeeded in completing the first round of binding carbon emission cuts by developed nations in 2013. Some like USA have refused to ratify the treaty on the grounds that developing nations ought to follow similar targets and adhering to these cuts would hurt their domestic economy. At the other end we have countries like India and China who have consistently insisted that the industrialised countries support clean technology use in developing countries while also reduce emissions in their domestic economies.

After years of back and forth USA and China seem to have had a change of heart. Earlier China has refused to commit to emission reductions on the basis of the age old debate that developing nations cannot be held responsible for pollution caused by the developed nations in the past. India also promotes this view at every given opportunity to explain away the lack of a domestic action plan on climate change. Though this school of thought has its place, the recent series of climate change events prove that it is time to change the game. Last year the Intergovernmental Panel on Climate Change (IPCC) released a detailed report with empirical proof of how climate change is most going to impact the poorest countries. And now it is time to become proactive and not reactive in government policy to mitigate climate change impact.

Often the cautionary tale of better late than never is thrown around - be it about driving carefully or quitting a dirty habit - so seems the motto of USA and China. Both countries are heavy carbon emitters due to their domestic industry and dependence on power generation from fossil fuels. Recently China was declared world's biggest greenhouse gas emitter and seems to want to reverse the label with this first ever promise of cutting down on emissions. Academics believe an absolute cap on carbon emissions is needed to control the prevailing air pollution of China.

The haze over China has become an urban legend giving rise to a number of phony and many true depictions of the toll it is taken on civilians living in industrial areas or cities. For example the report on the use of LED television sets in Bejing to show sunsets, which later proved to be a hoax, was rather believable considering the tales people bring back from the newly industrialised country. "It is almost always foggy and a bit hard to breathe because of the heavy pollution, says Vineet Mittal, managing director and co-founder Welspun Energy who was recently in China on business.

And now that Delhi has over taken Bejing in pollution as per the World health Organisation (WHO) report released earlier this year. Though the Indian government cited bias for the poor ranking of Delhi, anyone living in the city knows that emissions are only increasing with each passing day. Estimates suggest over 1400 vehicles are added to the streets every day in the national capital region.

On the other side of the spectrum for all these years has been the United States of America, who was party to the UNFCCC's Kyoto Protocol but did not ratify the treaty because they wanted developing countries to also have mandatory carbon emission reduction targets and the fact that ratifying the treaty could harm the country's domestic economy. The super power derives close to 40 per cent of its power from coal and power plants in the country account for roughly 40 per cent of US's emissions. Therefore the announcement of cutting carbon emissions by 30 of the 2005 levels per cent from power plants is a great move.

Similarly it is time that India stopped waiting for the developed nations to keep or meet their promises. Too much is at stake and perhaps with the new hands-on government inplace we should attempt and set targets to reduce our carbon emissions as well. It is imperative that the authorities initiate mitigation processes. As the clean technology entrepreneur Assad W Razzouk Group Chief Executive and Co-Founder of Sindicatum Sustainable Resources says, "You can either complain for the next 20 years and try to get them to pay for their past sins, but in the meantime you are going to degrade and they are going to be fine. Or you can take leadership and effectively run ahead of the west."
Tags assigned to this article:
economy india us china top 2 web exclusive carbon emissions who moyna welspun energy world environment day intergovernmental panel on climate change