US Biz Group Urge Biden To Press India On Concerns 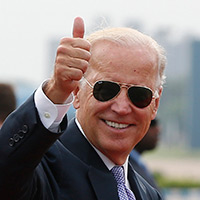 08 November, 2014
Print this article Font size -16+
US business groups urged Vice President Joe Biden to press India's leaders this week to reverse course on a number of government policies they said unfairly harm US companies that do business in the world's largest democracy.

"Unfortunately, many US companies are facing serious issues doing business in India," the US Chamber of Commerce, the National Association of Manufacturers and some 40 other groups said in a letter to Biden, who will meet with Prime Minister Manmohan Singh in New Delhi on Tuesday (23 July). "These issues are systemic, going far beyond any one industry sector," the business groups said.

"In the manufacturing, agriculture, telecommunications, biopharmaceutical, solar energy, entertainment, semiconductor, and other sectors, many companies face measures that are discriminatory, unfair, and/or inconsistent with international norms."

In a letter to the Vice President, these organisations outlined how India is allegedly imposing regulations that restrict US industries' ability to compete against the country's unfair advantage and have failed to respect internationally recognised intellectual property rights. Notably, the Indian Government has strongly defended its policies and has denied allegations of not providing level playing field to the US businesses.

"Many US companies are facing serious issues doing business in India that currently limit the potential of that relationship," the letter said. These issues are systemic, going far beyond any one industry sector, it said.

The letter was the latest sign of US frustration about the business environment in India. In recent months, American lawmakers and business groups have repeatedly asked President Barack Obama's administration to increase pressure on India to change its policies.

US drug manufacturers are particularly upset by Indian decisions that have denied patent protections for certain drugs made by Pfizer, Novartis and Bayer, to the benefit of India's generic drug companies.

Noting that last week's announcement regarding a review of India's Preferential Market Access (PMA) policy related to information and communications technology equipment is a step in the right direction, the AFTI said the measure does not fully resolve the PMA issue, since the policy has not been permanently and beneficially reformed, nor does it address the range of other concerns that have been voiced.

New Delhi is also failing to respect intellectual property rights by denying, breaking, or revoking patents on agricultural products and nearly a dozen medicines for the purpose of enabling domestic companies to manufacture them in India, often for export, to the disadvantage of American companies and American workers, the letter said.

"US businesses are eager to partner with India in growing the country's economy for our mutual benefit, but they cannot do so if the Indian government follows a course of discrimination, inadequate enforcement, and unfair treatment," it said.

"With the overwhelming support from Congress and critical US industries, the vice president has a unique opportunity to show the administration's commitment to protecting US innovative and creative sectors by raising this important issue during his high-level meetings in India," said Mark Elliot, a co-chair of AFTI and the executive vice president of the US Chamber of Commerce's Global Intellectual Property Center.

"American businesses want to continue to invest in India, but not at the expense of American workers and economic progress," said Linda Dempsey, a co-chair of AFTI and the National Association of Manufacturers Association (NAM) vice president for International Economic Affairs.

"The US must make it clear to India's top leadership that barriers to free and open trade between India and the United States must be addressed if our close economic and diplomatic relationship is to continue to grow," Stephen Ezell, senior analyst with the Information Technology and Innovation Foundation, said in a blog about Biden's trip.
Tags assigned to this article:
economy india corruption news 3 pfizer novartis usibc generic drugs international law joe biden bayer patent patents patent protection us india business council doing business in india national association of manufacturers us chamber of commerce us business groups