UP: Drugs worth Rs 1 cr seized, one held

UP: Drugs worth Rs 1 cr seized, one held

Maharajganj (Uttar Pradesh) [India], September 1 (ANI): In a major breakthrough, the officials of Sashastra Seema Bal (SSB) and police arrested a man on the Indian side of the India-Nepal border at Sonauli in Uttar Pradesh's Maharajganj district for the possession of heroin worth approximately Rs 1 crore.
SSB and police were patrolling the India-Nepal border when a suspicious man was heading from India to Nepal near the Shyamkat garden, informed Assistant Superintendent of Police (ASP) Nivesh Katiyar.
The man who has been identified as Mohammed Intakam was then intercepted by the officers, and when he tried to escape, he was chased and detained. When the soldiers frisked the man, 107 grams of heroin was recovered from him. 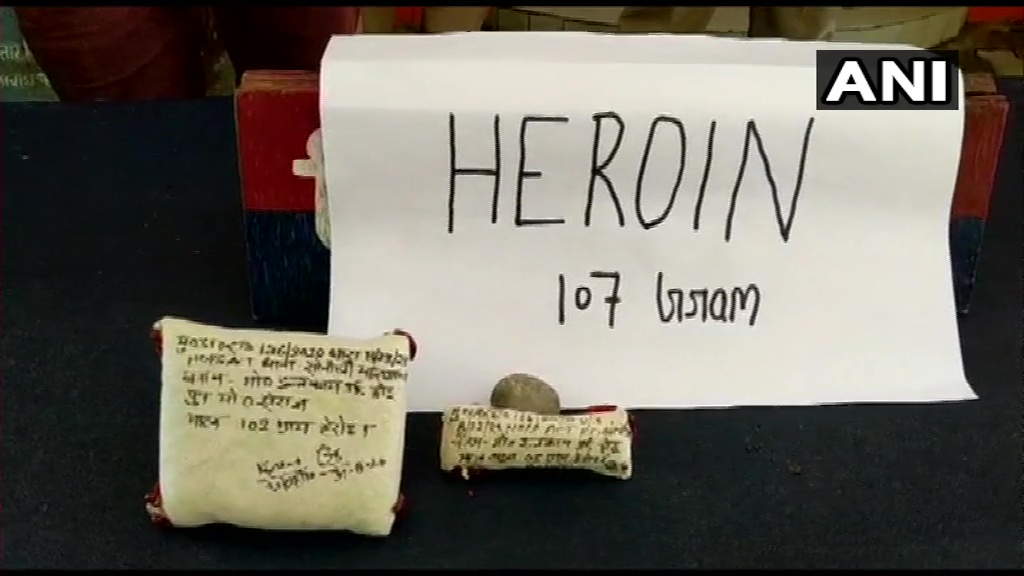 A case under the Narcotic Drugs and Psychotropic Substances (NDPS) Act was registered against the accused and he was sent to jail.
"The jawans of police and SSP caught one person with drugs weighing 107 grams. The accused has said that the drug is heroin. The drugs are worth around Rs 1 crore. We have arrested the person and sent him to jail a case has been registered under the NDPS Act," he said while speaking to media.
Further investigation in the matter is underway. (ANI)