California [US], November 17 (ANI): Social networking service Twitter has got a new feature, called Fleets. The new tool will allow a user to write text, post photos, videos, or add earlier tweets into a little visual info-nugget that disappears after 24 hours.
According to Mashable, the feature very much identical to Instagram Stories, which themselves are a rip-off of Snapchat Stories.
The feature is rolling out globally, starting Tuesday, so it may not be available to some users right away. It should be on everyone's Twitter for iOS and Android "in the coming days," Twitter said. 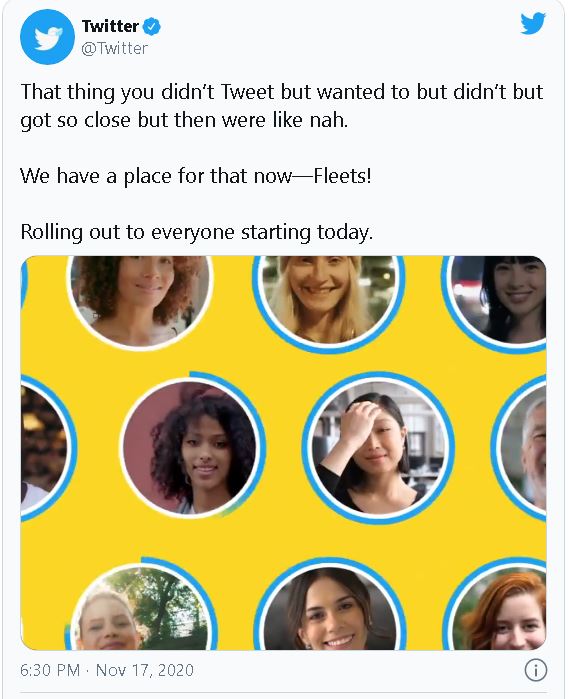 In March this year, Twitter started testing Fleets in several countries, including Brazil, Italy, India, and South Korea, and the feedback was probably good enough for the company to introduce them globally. "Because they disappear from view after a day, Fleets helped people feel more comfortable sharing personal and casual thoughts, opinions, and feelings," the company said in a press release.
Mashable reported, aside from their temporality, Fleets are different from tweets in other ways. They do not allow retweets, likes, or replies, but a user can reply to them in the form of Direct Messages.
The idea, according to Twitter group product manager Mo Aladham is for users to use Fleets to share "casual, everyday thoughts." (ANI)