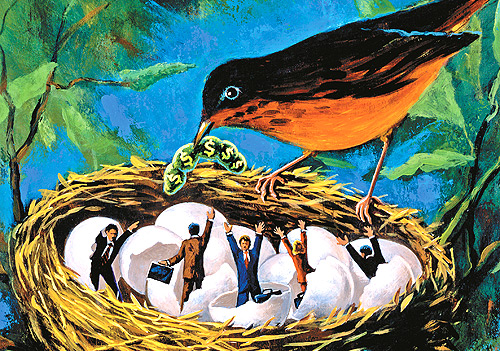 
But the big bang exit in 2010 that has revived interest in Indian startups is the MakeMyTrip IPO (initial public offering) in August. The online travel portal raised $70 million on its Nasdaq listing and opened up a lucrative exit route for its VC investors SAIF Partners, Helion Venture Partners, Sierra Ventures and Tiger Global. All four invested $40 million in the company over successive rounds of funding.

Profitable exits, coupled with a stable line of investors flush with funds, have helped the investment run continue into the current year. In the first four months of 2011, VC investors have put over $170 million to work across 32 deals, according to media and industry reports. Out of this, a large chunk has gone into Internet companies, specifically online travel. Still, several companies, including pre-revenue companies, in sectors such as education, financial services and mobile have also raised money.

To a large extent, VC investors are yet to diversify their interests beyond sectors such as Internet, mobile and software. Of late, some money has started flowing into education, healthcare and cleantech, but not enough.

Last two years have also seen a surge in start-up accelerator programmes, incubators and mentoring networks that make it easier for a young entrepreneur to kick-start his or her idea. Notable ones include Morpheus, fronted by Sameer Guglani, founder of former online DVD rentals startup Madhouse, and IIM Ahmedabad's CIIE (Center for Innovation, Incubation and Entrepreneurship). VC firms such as Seedfund and Nexus Venture Partners have also set up incubators to hand-hold younger companies. There is also support available from angel funding networks such as Indian Angel Network and Mumbai Angels, and mentoring organisations such as National Entrepreneurship Network.

Not surprisingly, a lot of companies that were either shortlisted or won the Businessworld Hottest Young Entrepreneurs contest this year are products of this ecosystem. Gridbots Technologies, one of the winners, was incubated at CIIE, which also invested Rs 10 lakh in the company (see page 38). Desicrew Solutions, a BPO that operates in rural areas and Tier-2 cities, was incubated at IIT Madras's Rural Technology and Business Incubator. Mobile solutions company Innoz Technologies was also incubated at CIIE. Kwench Library Solutions, another winner, raised angel funding from IAN.

These are some of the examples of startups that have emerged in the past 3-5 years from the entrepreneurial ecosystem that has been almost a decade in the making. They are representatives of a generation of entrepreneurs who are surer of themselves than their predecessors from the dotcom era. The business models are more innovative and grounded in reality. As the environment matures further, even better startups will emerge from within college campuses and established companies.