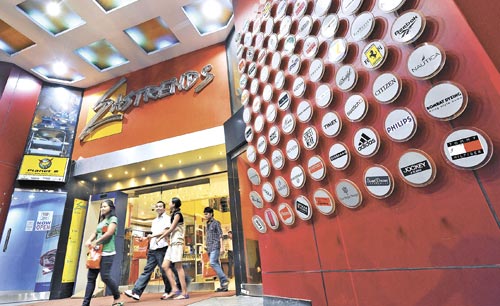 Letting in FDI in building backend infrastructure — cold chains and logistics — would improve farmer's realisations. Yet, there are just over 5,500 standalone cold storage facilities, 80 per cent of which hold one vegetable: potatoes. Government statistics have put the waste of produce — including foodgrains — in the absence of cold chains and storage at 18-20 per cent.

In the absence of organised retail — which would grow if there is FDI in the backend because domestic companies lack both the technology and the financial capital to build it — the share of SMEs in manufacturing has fallen from nearly 35 per cent in 1999-2000 to less than 30 per cent in 2009-10. In both cases, the case for allowing FDI in retail seems self-evident; yet, it has not been made possible. Some of it has to do with state politics; the powerful agricultural produce marketing committees (APMCs) seem to be a stumbling block. The APMC Act and middlemen play an influential role in shaping FDI policy.

For years, retail trade has been a shock absorber; part-time agricultural labourers, laid-off factory workers and migrants have found employment in retail trade. Even skilled labour has found refuge there.

Take the textile workers of Mumbai: after the strike that closed down Mumbai's textile factories, workers found jobs in the street food industry of the metropolis, many becoming entrepreneurs, thriving in their new-found vocations.

Here's the takeaway: what most miss is that a huge part of employment in retail trade is not visible, but nevertheless exists, even if not captured in the official employment statistics. FDI in retail could help change that, as technology and practice bring the reality to the fore.

What Foreign Retailers Think
Companies such as Walmart, Tesco and Carrefour that have been waiting for progress on the FDI policy for retail have been rather quiet. Metro Cash & Carry, a wholesaler, has indicated it won't enter the front end of the retail business.

But the disappointment is tangible. "Direct and in-time sourcing is the key for the success of modern retail," says Viney Singh, CEO of Spar Hypermarkets, a retail firm. "The time is right, and any political delays will not be good signs for the global investing community."

"The proposed FDI policy presents retailers with an unprecedented opportunity to expand into Tier-2 and Tier-3 cities," says Pankaj Renjhen, managing director (retail services), Jones Lang LaSalle India. A report by his firm says that the entry of large retailers into non-metros would catalyse consumer demand.

"It is a missed opportunity, which would have created over 10 million new jobs in three years, curbed agricultural wastage, benefited farmers with better remuneration for their produce and brought down prices of many commodities for consumers," says D.S. Rawat, secretary-general, Assocham.

Bleeding Indian retailers such as Provogue and Koutons could have sold out. Kishore Biyani's Pantaloon has over 1,000 stores and getting a partner with the capital would reduce the debt burden.

"People were keen on FDI because of the valuations created with so many stores with a loose backend being ready; people scouting for foreign buyers would have made money after all these years," says Akash Gupt, executive director (tax and regulatory services), PricewaterhouseCoopers.

Foreign investment could change the way India retail firms function. But for now, most proponents of the policy will have to swallow their disappointment and hope that the government gets its act together enough to put it back on the agenda: the sooner, the better.