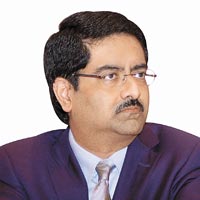 08 November, 2014
Print this article Font size -16+
These are trying times for Hindalco Industries’ bauxite and thermal coal mining projects in Orissa and Madhya Pradesh. These projects have already been delayed by a couple of years; now, the worry appears to be how the delay will affect the upstream Aditya Alumina and Aluminium smelter and power plant project and the Utkal Alumina project with its integrated bauxite mines in Orissa, and the Mahan Aluminium smelter in Madhya Pradesh.
Hindalco intends to commission these upstream projects in the next two years. But analysts said they were worried about how the delays, and the possibility of further delays, would affect the long-term profitability of the company, as the clearances for the mining and power projects, which have been caught up in the ongoing controversy, are yet to be announced.
Hindalco officials say the issues will be sorted out soon. In fact, K.M. Birla, chairman of Hindalco’s parent firm Aditya Birla Group, said at the annual general meeting on 11 September: “The Mahan Aluminium project, Aditya Aluminium project and the Utkal Alumina refinery are all at an advanced stage of implementation. Post-stabilisation, these will be amongst the lowest-cost producers globally.”
But sources close to the developments present a different picture altogether. “There were some environmental issues and local opposition in both states,” says one. “Coal mining for the Mahan project has been delayed because of the interference of the environmental ministry. In Orissa, the Birlas face challenges similar to the ones Vedanta Resources faced in bauxite mining.” This month, Vedanta finally shut its Lanjigarh refinery after failing to use bauxite from the Niyamgiri hills.
Hindalco’s 1.5 million tonne Utkal Alumina refinery was slated for commissioning by December 2012, which may now be postponed to 2014. So far, Rs 4,500 crore has been spent on the Utkal project. Besides, Hindalco may have to buy bauxite from the open market, which may add to the costs.
Analysts at ICICI Securities believe that even if the Mahan coal block — which is being developed in partnership with Essar Power — is made available, it will take around 15 months to ramp up production. “The coal project in Mahan has been delayed by almost a year,” says Ravindra Deshpande, analyst with Elara Capital. “The feeling is that coal will be available only from 2014, even if they start work now,” he adds. Environmental NGO Greenpeace, however, alleged that the Ministry of Environment and Forests had given its clearance to the block despite it being in a prime forest area.
So, should Hindalco investors be worried? Arun Kejriwal, director at Kejriwal Research and Investment Services, says the delay will hit the projected revenue of the company adversely. “If the anticipated earnings per share is not realised, it will affect share price too,” he says.
All this could compound Hindalco’s problems. The firm is investing Rs 10,500 crore in the Mahan smelter project. Of this, Rs 7,800 crore in debt has already been tied up, while the remaining amount is being funded through internal accruals. The longer the delay in rollout, the longer the payback period, and the higher the interest costs. Hindalco recently completed financial closure of its Rs 13,195-crore greenfield Aditya Aluminium smelter at Lapanga in Orissa, which is likely to be commissioned by the middle of 2013. The project has been funded through a debt-equity ratio of 75:25, with Rs 9,896 crore as debt.
Though Hindalco’s fate may not be hanging in the balance because of these projects, the delays will definitely hurt.