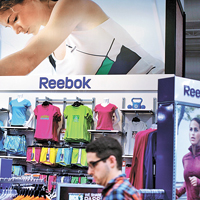 Mixed Results
Consumer goods behemoth Hindustan Unilever has posted a surprising 24 per cent growth in net profit of Rs 687 crore for the March quarter, against Rs 552 crore last year. And the growth is powered mainly by a 10 per cent jump in volumes. Meanwhile, telecom major Bharti Airtel has posted a more-than-expected 28 per cent fall in its quarterly profits, owing to high interest and tax costs.

Going Solo
Italian carmaker Fiat is ending its six-year distribution tie-up with Tata Motors. The alliance did not seem to have helped Fiat much as its falling sales suggest. Fiat, which sells hatchback Grande Punto and sedan Linea, has 0.6 per cent share of India's car market. Last fiscal year, its sales had dipped 24 per cent from a year ago.

Bullish All The Way
A Nielsen survey shows India is the most optimistic market in terms of consumer confidence. This is the ninth quarter in a row that India has claimed the title. But the survey says consumers here are still cautious when it comes to spending spare cash.

In Mutual Interest
Market regulator Sebi is set to review mutual fund rules to revive the industry. Sebi has, reportedly, created a panel to review rules for mutual funds that have been continuously losing assets and investor accounts since a ban on entry load in August 2009.


Direct Consequences
Thanks to rising consumer spending, the size of the direct selling business in India is likely to reach Rs 10,843 crore by 2014-15, from an estimated Rs 5,229 in 2010-11, according to a report by Indian Direct Selling Association and industry body PHD Chamber of Commerce and Industry. Last fiscal year, the industry grew at a healthy clip of 27 per cent.

A Heavy Price
Finnish cellphone major Nokia is said to be in talks to sell its UK luxury arm Vertu, which makes some of the world's most expensive cellphones. Vertu phones sport crystal displays and sapphire keys, costing more than $320,000 apiece. Hope this move will help Nokia stem its falling sales.

Still Down
General Motors says its first quarter profits fell to $1 billion from $3.2 billion a year ago, courtesy its struggles outside of the US market, mainly in Europe.

No Nexus With India
Samsung has finally confirmed it will not launch the much-hyped Galaxy Nexus smartphone, produced in partnership with Google, in the Indian market. The announcement came on Twitter. The phone was unveiled in October 2011.