Tripped By The Domino 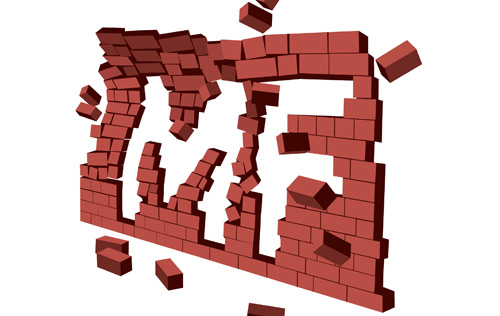 Investors are also awaiting the draft Central Bill that may be introduced along with the Union Budget in early March that would regulate MFIs. Anything positive on both fronts will be good news for MFIs. For all the troubles, MFIs are still an attractive investment for most PE firms.

Take the Acumen Fund, which has been in existence for 10 years, and in November 2011, made their first ever investment in a MFI: Acumen invested $1 million in Tamil Nadu-based Gramalaya Urban and Rural Development Initiatives and Network, or Guardian. This investment transforms Guardian from a partially grant-funded Non Govermental Organisation to a fully self-sustaining MFI.

Volumes Rise
As far as investments in MFIs in India go, SKS has been among the most feted by venture capital and private equity investors. The company's dream run with such investors started in 2006 when Silicon Valley-based Indian-American venture capitalist Vinod Khosla led with a $2.5 million investment. Khosla was followed by Sequoia Capital India, which led the charge of other mainstream venture capital investors into the company with a $11.5 million investment in 2007, followed by a $37 million round in 2008. Investors such as Sandstone Capital, Elevar Equity and later Catamaran Ventures joined Sequoia.

The SKS deals opened the floodgates to venture capital investment in the then sunrise MFI sector. By December 2009, just a few months prior to the SKS listing, investments by venture capitalists had jumped to nearly $140 million from a mere $65 million just two years earlier. The number of deals had also climbed from seven in 2007 to 19.

Over the longer term, the AP crisis and the  recent RBI measures may end up being a good thing for MFIs in India. It will help separate financial investors seeking only commercial gains within 2-3 years from those that look at ‘double bottom-line' returns, i.e., social and commercial gains. Investors such as Lok Capital and Aavishkaar, which are largely backed by development finance institutions like the International Finance Corporation and who have similar social objectives, fall in the latter category.

"Maybe we did not anticipate an AP kind of crisis but the risks were always pretty well known," says Aavishkar's Rai, who continues to invest in the sector. "This business requires very patient capital." He does acknowledge that most MFIs will now have to look at some degree of diversification to hedge their risks. Aavishkaar itself is now looking at early to mid-stage companies that define microfinance in a broader sense. Despite the losses in carry, PE firms are in no hurry to write the epitaphs of MFIs.