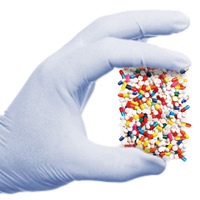 As for staff strength, out of 327 sanctioned positions, only 124 have been filled. Compare this with the US Food and Drug Administration (FDA), which employed over 11,500 people across various divisions as of October 2009, the latest date for which data is available.


Could this be a contributing factor to the rot in the system? When drug makers collect medical opinions for the drugs they manufacture and deliver it to CDSCO — the parliamentary committee's report cites one such instance — the scope for collusion expands enormously.

The report also calls for urgent manpower augmentation, improving infrastructure at the regulator's various state and central offices and drug testing laboratories. It also suggests that the educational and professional qualifications required at the highest levels of CDSCO be raised to a standard comparable to that of the chief of USFDA and the UK's Medicine and Healthcare Regulatory Authority.


The enforcement machinery in various states is another concern. There are about 600,000 retail outlets and 10,500 manufacturing units in India, which require 3,200 drug inspectors. But there are only 846 of them. Centre-state coordination on implementation of the Drugs and Cosmetics Act and Rules, and collecting and sharing data are the other areas that need serious attention. The committee's report is a wake-up call. But treating just the symptoms may not be enough.