Treading On The Trading Path 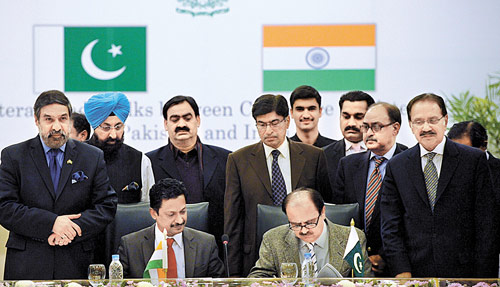 Cycling Abroad
As part of a deal made with retail giant Walmart, Hero Cycles will ship bicycles across the world. "We intend to double our cycle sales to 10 million units annually by 2015... we are exploring new geographies. We are approved with Walmart and can leverage their network to expand overseas," said its managing director Pankaj Munjal.

The new Nokia 808 PureView seems to be an astonishing beast, a cameraphone with a 41 megapixel lens, when others in the league can shoot only 5- or 8-megapixel images. Surprisingly, the 808 runs on Symbian, which Nokia had said it would stop using. A low-end Lumia 610, also launched on Monday, has a more modern Windows.

Foreign Interest
Foreign Institutional Investors (FIIs), which had stayed away from the Indian markets last year, seem to be coming back with a vengeance. In 2012, investment into Indian stocks by FIIs has crossed $7 billion, out of which more than $5 billion were pumped in February alone.

Hiring For A Cause
Non-governmental organisations are hiring. According to the Monster Employment Index India, hiring in the non-governmental sector rose 60 per cent in 2011 compared to the previous year.