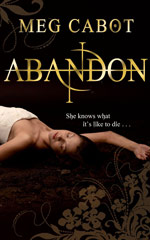 Meg Cabot is a  prolific writer whose literary oeuvre reflects different facets of romance and paranormal worlds. Her famous works include, The Princess Diaries books - which were made into successful films by Walt Disney- and The Mediator series.