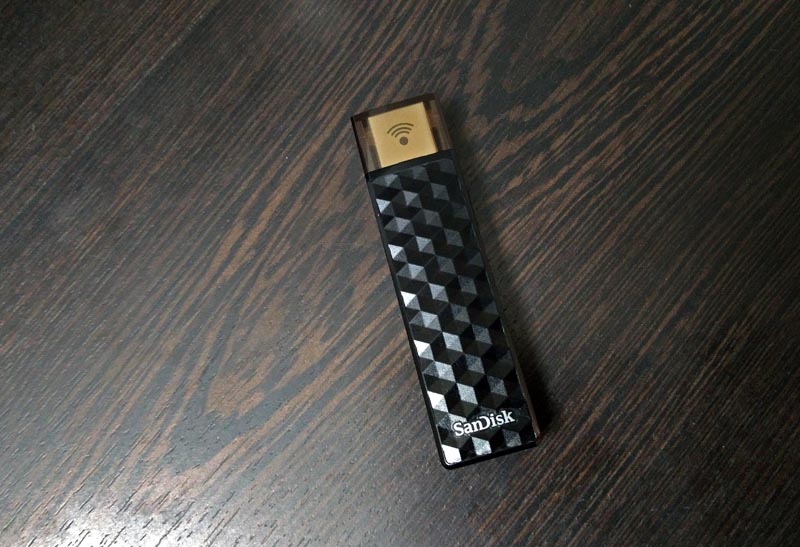 SanDisk is a popular name when it comes to data storage especially flash drives and memory cards. The company has gone beyond making just high-capacity storage devices to introduce a flash drive that can also be accessed wirelessly. The SanDisk Connect Wireless Stick is the newest product under the company’s portfolio which comes fitted with a Wi-Fi chip inside. The product is targeted at consumers who have a smartphone and like to have some extra storage by their side which can be accessed effortlessly. While SanDisk also makes dual-port flash drives that can by directly plugged into your Android or iOS device, SanDisk says that they want to provide options and variety to its consumers.

The Connect Wireless Stick is a simple looking flash drive but fairly larger than the traditional flash drives that we are used to see today. Which is probably due to the fact that it has a Wi-Fi chip and a small battery embedded inside. On the outside there a nice textured finish with a button to activate the wireless hotspot and a tiny LED to indicate the power and the battery level. It can be used as a traditional flash-drive to transfer data by plugging it onto a PC which also charges the battery inside. However, plugging the drive to charge or to transfer data disables the wireless chip, so to transfer data or stream videos wirelessly, the drive should not be plugged into a USB port.

Users need to install the SanDisk Connect Drive app on their iOS or Android device to connect to the flash drive. The app automatically detects when the Connect Wireless Stick is in range, automatically connects via Wi-Fi and fires up a file manager. The file manager is simple to use and lets you browse files on the drive. One can easily move files from and onto the drive through the app and can also open and edit documents as well as access media. The app also lets you secure the drive by letting you put a password with a WPA2 security encryption. The drive also supports video streaming and up to three devices can play 720p HD videos simultaneously from the drive. Wireless transfer speeds are fast and copying a 4-5MB picture takes just seconds, however transferring videos can take its sweet time. The battery on the drive is pretty good and SanDisk has confirmed about 4.5 hours of battery backup while watching a video after a full charge. One major issue with the drive is when you connect it to an Android device. Since the drive creates a Wi-Fi hotspot, your Android smartphone or tablet will be connected via Wi-Fi which means your access to the internet will be blocked. SanDisk is working on this and says that there will be updates to fix this issue.

The Connect Wireless Stick is a great tool to have if you frequently need to transfer files from your PC to your smartphone, or just want to unload media and data from your smartphone onto a safe location. It is as portable as any other flash drive and easily charges by plugging it into a PC. The drive is available at Flipkart.com in capacities of 16GB, 32GB, 64GB and 128GB at Rs. 2790, Rs. 3790, Rs. 5490 and Rs. 9490.