Towards A Level Taxing Field 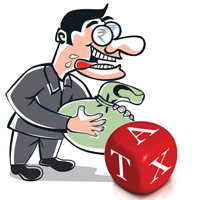 08 November, 2014
Print this article Font size -16+
If the newly proposed Tax Accounting Standards (TAS) are approved, life could become more difficult for companies as they might have to pay tax under more rigid rules than they were getting away with so far and, in some cases, pay tax on items hitherto out of the taxman’s purview.
For instance, a sum of Rs 1,800 crore listed under Foreign Currency Translation Reserve in State Bank of India’s profit statement for fiscal year 2012 would have been taxable last year if  TAS was applicable then. Similarly, construction and services companies that often prepare their accounts on a completed contract method (recognising profits only after a project has been completed) would have to shell out tax even before construction is completed since  TAS allows only ‘percentage of completion method of accounting’.
To its credit, TAS removes a lot of the uncertainties that arise from companies using different accounting treatments. Says Sunil Kapadia, tax partner at Ernst & Young, “What TAS does is bring in a lot more clarity and certainty, which will help in reducing litigation drastically. More importantly, it will bring in more uniformity, so that two companies in the same business will not have two different tax treatments for the same item.”
It also removes an obstacle to the transition of the accounting regime in the country to the globally accepted International Financial Reporting Standards (IFRS) or, more specifically, its Indian variant, Ind AS. The criticism against IFRS has been that because it sometimes can be very strict in its application of prudent norms, such as recognition of notional losses on derivatives, it could not be a standard for computing taxes.
TAS reduces the scope for considering notional losses in tax calculations, according to Jamil Khatri, head of accounting advisory services at KPMG, and a member of the drafting committee. At present, companies can reduce their taxes on real profits using the concept of notional losses.
Banks with foreign branches, mainly public sector banks, could find the going a lot tougher with the proposal that the difference in the value of their branch profits that can be attributed to foreign exchange fluctuations (a figure that could well get reversed on its own in the next year) are to be taxed. While this could also have a benefit if the exchange rate moves in favour of banks, it is still likely to lead to severe fluctuations in tax payouts.
But it is the way construction and service companies’ profits are computed that will get radically altered under TAS. While realty companies have been kept out of the ambit of TAS for now, it could potentially cover them at a later stage. TAS, as it applies to construction companies, follows a principle laid down by the Institute of Chartered Accountants of India, which says that profits should be acknowledged to the extent that construction is completed. The problem with this is that sometimes tax may have to be paid even when the money has not been received. Khatri’s defence is: “If that money is good enough for companies to show profits to shareholders and declare dividends, then why does it stop them from paying tax on that amount?”
Khatri also allays fears about companies being required to prepare two sets of accounts to comply with TAS. “No separate books will be required for tax purposes. Companies will only have to reconcile their tax and accounting profits in a statement,” he says.