Touch Me, Touch Me Not 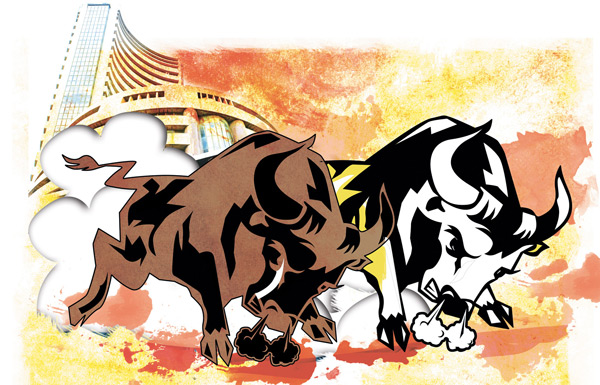 08 November, 2014
Print this article Font size -16+
For days now, the Sensex — the Bombay Stock Exchange Sensitive  Index — has been flirting with 20,000, but hasn’t moved quite decisively beyond it. And like Czech writer Milan Kundera once said about flirting, it’s a promise but without a guarantee. The Sensex is a sentiment indicator, and many like to think that nearing its all-time high after so long can create a leap of faith.
Not everyone lays too much emphasis on that though. Nick Paulson-Ellis, country head, India, at Espirito Santo Securities India, thinks of 20,000 as just another psychological factor. “These levels are just technical factors, and the effect lasts just days, or a few weeks.” Which brings us to another nugget that may have been overlooked these past few days: in the week ended 11 January, flows into emerging markets were $22 billion, the second biggest week since the $23 billion that emerging markets received in September 2007.
“Markets seem to be regaining risk appetite,” says Paulson-Ellis. “The yields available on the safest assets in developed markets are so low that emerging market equities have become attractive.” But, he says, the return to risk also comes with greater volatility, something that markets usually don’t like, but may be getting used to. There is still a lot of global uncertainty.
For India, the effect of the rise in emerging market inflows is mixed; overall allocations to Indian equities may have gone up, but inflows into stockmarkets from India-dedicated funds is more muted. It matters, because there’s a greater than 50 per cent correlation of market upticks with foreign institutional investor (FII) activity.
On the domestic front, the first flush of third quarter FY13 results augurs better corporate performance. Coupled with the greater assurance that the government is displaying in moving ahead with some structural reforms, that appears to have led to better market sentiment. But here again, not everyone is sanguine that things are actually getting better.
“We can’t keep doing band aid-like reforms,” says V.R. Srinivasan, CEO at financial services firm Brics Securities. “The government is playing to the galleries. Intent has to translate into action, and implementation of that action has to be sustainable.” The actions of the FIIs are not being matched by domestic funds, he says; the latter’s investment continue to decline.
Like Srinivasan, there are others who believe that the recent rallies need stronger legs to be sustainable. “Globally, there may be nothing negative,” says the head of another brokerage house, adding, “But domestically, there’s isn’t anything strikingly positive. We need a lot of good things in a hurry.”
Here are their expectations: the Sensex will trade in a tight 1,000-point range for the next few weeks, as people take calculated gambles on the current positive sentiment. But unless the Centre does something substantial about the fiscal and current account deficits,  market momentum will run out of steam.
For now, the Sensex’s flirtation with the highs it achieved in 2007-08 will probably continue. As Helen Rowland said, it is the gentle art of making a man pleased with himself; so the current apparent market bullishness will make market folk and government pleased with themselves. But there is a time the flirtation will have to end, and the promise fulfilled, or broken.