Too Hot To Handle? 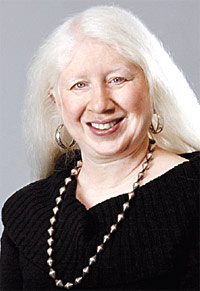 
So, there are many possibilities here. First, the heating could be at the expected level for a gadget that is now more powerful and has a bigger battery than its predecessors. I've used both the iPad original and the iPad 2 and found no hint of heating up even when I use it through the entire day. Another possibility could be that a few devices have a problem. Perhaps that's why Apple asks those who have a problem to head to AppleCare and many have reported getting a replacement with no subsequent problems so far. Indeed, it doesn't seem like everyone is getting the overheating and most are describing it as mildly warm. From the brief response from Apple, it doesn't seem as if the heating is a major problem, but the next few weeks should tell whether it's just a minor problem, fixable with a software update, or localised to a few devices or a widespread problem that is more serious and a fall out of a far more powerful high resolution tablet with a processor that is working harder.

Heating isn't the only problem sprouting up on the support forums. There are also complaints of very slow charging. The previous generations of iPads have demonstrated incredible battery life. Personally, I've found I don't need to think about the battery at all through the day, going late into the night. In fact, by the end of the day, I have to encourage the device to drain out so I can put in on a fresh charge. It also charges completely in a couple of hours. But some users are saying charging has slowed down, though in some cases they are using additional cables which could be making a difference.

Other than these, the screen's new sparklingly clear resolution seems to be a hit with those who have bought it or tested the new iPad, although I did come across a video where passersby asked to identify which of two iPads was the new one often couldn't tell the difference.

A few other worries relate to how much space apps and photos or videos could take up on the new generation iPad. They have more pixels to pack in. Apps that support more resolution, such as iPhoto, will also mean that files will be larger. Data consumption online will also e a consideration. Users will need to keep an eye on what they're downloading because of the overall higher resolution.

In India, I suppose we will cross our bridges when it comes to it. Meanwhile, the iPad 2 is still a fantastic purchase.