To Delay Or Not To Delay... 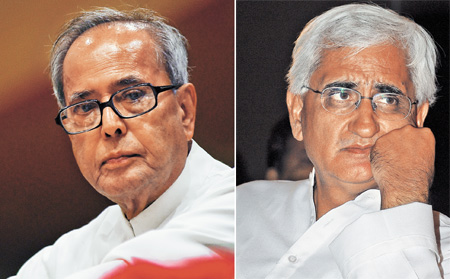 08 November, 2014
Print this article Font size -16+
With the 1 April 2011 deadline for converging Indian accounting standards with the International Financial Reporting Standards (IFRS) approaching, sparks have begun to fly between the Ministry of Corporate Affairs (MoCA) and the Ministry of Finance (MoF).

MoF officials have accused MoCA of going about the whole process at a snail's pace, and not giving them sufficient time to do their bit. MoCA is apparently in the final stages of firming the legal structure and notifying the accounting standards. But this leaves the MoF with only three months to sort out the tax issues. Central Board of Direct Taxes (CBDT) chairman S.S.N. Moorthy expressed his concern recently at a public forum, "I am of the opinion that there should be some more time for implementation. I don't think the Indian companies are ready for implementation."

India has opted for the convergence approach instead of the adoption approach, while transitioning to IFRS — the global standard to be used by 150 countries by 2012. This means that accounting standards will be issued by Indian standard setters and will be aligned to IFRS, keeping in mind the Indian conditions. The National Advisory Council on Accounting Standards (NACAS) has firmed up these standards and is likely to announce them either at the India Corporate Week in mid-December or by end-December. "By next month, we will notify the converged accounting norms. All issues are almost resolved. We are confident that by the next fiscal, Indian firms will prepare their account books as per the IFRS," says R. Bandyopadhayay, Secretary, MoCA.

Implementation of the IFRS in a phased manner has received approval from several global company leaders. "It is a most crucial adoption (convergence in Indian context), and will have large ramifications if something went wrong. Hence, I would not mind a delay, but don't want a faux pas," asserts James H. Quigley, CEO of Deloitte Touche Tohmatsu, a global financial advisory services firm.

Not only the delay, MoF officials are also worried about the taxation issues. Notional gains and losses and regulations are still being debated. There is a strong lobby in the ministry that argues that taxation should be based on real income and not on the economic entity model as is proposed in the IFRS norms.

Meanwhile, MoCA is using pressure tactics by linking the transition to IFRS to the Prime Minister's prestige who has committed to the G-20 countries that India will move to the global accounting standard by next fiscal.

Lobbies At Work
MoCA is itself under pressure from various lobbies that want the convergence to take place swiftly and smoothly as it would benefit Indian companies planning to raise funds by listing on foreign exchanges and also foreign firms wanting to invest in Indian markets.

However, some companies are worried about the new standards and the effort that will go into making their entities IFRS compliant. Though MoCA claims that the delay has been due to the lengthy procedure, many insiders are of the opinion that a strong lobby of chartered accountants and smaller firms, which believe convergence to IFRS will add to their costs of filing and may complicate several filing issues locally, has been at play. These firms don't have any plans of either raising money across foreign shores or acquiring companies abroad. As a result, IFRS brings no significant gains to them.

Meanwhile, the Institute of Chartered Accountants of India (ICAI) has set up a group for identifying tax issues arising from convergence. The group, which includes nominees from the MoF, has prepared a draft report identifying certain options that could be adopted to achieve tax neutrality.

"At present, the carve-outs are under discussion between ICAI and NACAS," says Amarjit Singh Chopra, president, ICAI. The carve-outs are expected in the IFRS on agriculture, business combinations and financial instruments.

Even though efforts are on to meet the deadline, there are several hurdles on the way. Says Rahul Chattopadhyay, partner at PricewaterhouseCoopers: "India Inc.'s aim to move to IFRS by 1 April 2011 poses a significant challenge considering the extent of regulatory changes that are required. While the NACAS approved converged set of standards is yet to be released, there remain challenges relating to the Companies Act amendment, the quarterly reporting requirements by Sebi (Securities and Exchange Board of India) and amendments required by the tax regime."

With time running out, India Inc. waits with bated breath.