Titles Are Given But Respect Is Eearned: Richard Rekhy

BW Businessworld’s 3rd H.R. Excellence Awards 2017 brought out some of the highest contributors of the community. Richard Rekhy, Former CEO, KPMG India graced the event with a keynote speaker session followed by his contributions to the panel discussion as well 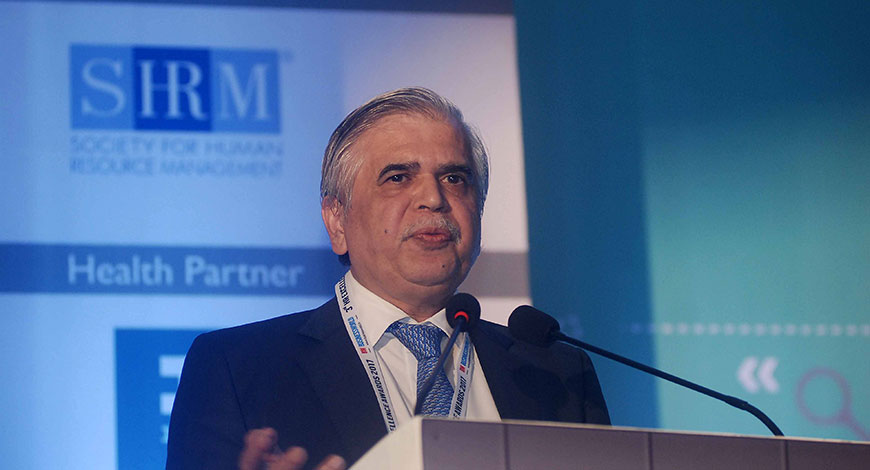 Richard Rekhy inaugurated the event with an engraving session on what does it take to build an organization. He also spoke about the importance of human resource in an organization. He also mentioned that he was associated with KPMG for the last 13 years and in his entire career this was his 3rd job in his entire career. His journey with KPMG made him the 1st elected CEO of the company.

In his address, he stated the qualities that make a successful leader and mentioned that failing leads to a lot of learning in a challenging world of organizations.

“Titles are not more important than your market value. We always need to remember that titles are given but respect is earned.” Said Richard

Further to his speech he spoke about the challenges that he faced in a different environment which led to doubling on profits in all parameters under his leadership. Every successful leader according to him has different success mantras which talk about different needs. But more importantly, leaders don’t realize its more than the success that makes their dreams work and also involves employees.

“How do you build a sustainable where people would love to come and work rather than just being forced into going to the office every day? The leader has to make bold decisions and go to places nobody has gone before.” He further added that “Purpose, passion, pride, premium and performance are the five P’s that would really build an effective organization.”

By talking about effective decision-making skills and he also stated that any leader who wants to expand his organization must connect with his people (employees) which can also derive premiums.

Along with Richard, Annurag Batra, Editor in Chief, BW BusinessWorld also graced the event and encouraged the audience in developing their interests in contributing to the communities built by Businessworld.

“This is the 3rd year of the HR Excellence Awards and we are here to aspire the community. In the next 18 to 24 months we will be able to go deep and explore different communities. The print industry is growing despite growth in digital but print has more revenue and capabilities. We will continue to build more communities and in the next 6 months we aim to become editorially #1.” Said Batra

Followed by the keynote addresses were the beginning of the panel discussions that explored the opportunities and loopholes in the HR industry.