Time To Turn The Tap Off 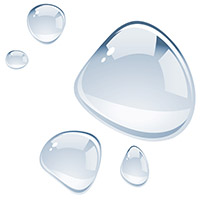 08 November, 2014
Print this article Font size -16+
On 30 december 2013, two days after being sworn in as chief minister of Delhi, Arvind Kejriwal announced that every household with a valid connection provided by Delhi Jal Board (DJB) would get 20 kilolitres of water free every month.

The order left many DJB officials shell-shocked. It also triggered a wave of criticism. Some of his opponents pointed out that free water would not reach the poorest sections of society simply because they had no DJB connection. Instead, the move would benefit the middle class and the rich. Others said the DJB pipeline network was in desperate need of a revamp to stop leakage — and that would be possible only if the board raised resources by charging more for the water it supplied. Much of the water was being supplied at rates well below cost.

Kejriwal, of course, resigned just 49 days after taking charge as chief minister — and his order for supplying free water was never implemented. But many in DJB still fear that the move will come back to haunt them if the Aam Aadmi Party (AAP) were to come to power again. “It has taken us decades and a lot of community consultations to bring people around to realising that water is a costly commodity and, for a while, we thought all that work was going to be washed away by the AAP wave,” says a DJB official on condition of anonymity.

But unless central and state governments learn to charge for water, the problems around water will only increase, say businessmen who are trying to build businesses around water treatment and supply. “Everything has its own logic and so does pricing of water,” says Rajesh Sharma, chairman and MD, Ion Exchange India, a company offering water purification solutions.

According to Sharma, whether the government or the private sector provides water, the operations and management, capital investment and service cost are more or less the same. “All you have to do is add these three and divide it by the quantity of water consumed, thus arriving at the cost of water per unit,” he adds.

Policies to do with water generally focus on only two aspects — contamination and access. But the private sector points out that there is one important issue which is invariably missed — the increasing demand for water. So, unless rational pricing policies are followed, say private players, no real progress will take place.

They also hold that the big hurdle to optimising water supply is often the government’s unwillingness to charge — not the customer’s unwillingness to pay. “People are willing to pay if there is assured quality at a reasonable price,” says Ranen Banerjee, partner, PwC.

The central government’s  intervention in the water sector dates back to 1972-73 — the Accelerated Rural Water Supply Programme. Over Rs 1.5 lakh crore has been invested by central and state governments since the first five-year plan but even today, as Census 2011 shows, only 30.8 per cent of rural homes have access to piped drinking water while 22.10 per cent of the rural populace needs to travel over 500 metres to access safe water.

Missing The Point
“Tariffs, where they exist, are arbitrary because the costs are not known,” explains Banerjee, adding that the key issue of who will pay and how comes into play only after the cost is determined. According to him, the lack of information about the water consumed and what it costs to supply that water is the biggest hurdle. “If the cost is known — whether it is paid for or subsidised — then it encourages more sustainable use of water.” Even highly contested government figures set off alarm bells regarding the water situation. Official estimates place the per capita water availability at around 1,600 cubic metres per year, and warn that it is going to fall to 1,140 cubic metres by 2050.
break-page-break
Coming out against the current systems of pricing and monitoring, Sharma says it is not the poor who are being subsidised as they do not even have access to piped water. It costs approximately Rs 3-10 per kilolitre to pipe water through the municipal supply grid and the same goes up to Rs 50-70 per kilolitre when transported in private or government tankers. “The government feels it has an obligation to provide free water but, in the process, it is hurting itself, the consumer and the private sector.”

Additionally, the government increased the level of drinking water to be provided under the NRDWP from 40 litres per capita per day (lpcd) set in 1972 to to 55 lpcd in 2012. Recently, the Ministry for Drinking Water and Sanitation announced a 10-year plan (2011-22) for coverage of rural households with piped water. This envisages an investment of over Rs 1,00,000 crore.

While the sector has seen large investments, it has been marked by poor operation and management of supply systems, say government officials.

The Case For Opening Up
To address some of these concerns, increased private participation has been suggested and, in certain pockets, attempted, but not with great success. Even projects held up as examples are facing problems. Girija Bharat of The Energy and Resources Institute believes large private players are hesitant to enter the sector at present due to the political nature of water. “For private participation, stability is needed, which is not possible with local and state governments changing every few years,” she says.

Given that water supply systems need an upgrade to meet increasing demands, it is fairly obvious that heavy investments are needed. The fact that a majority of existing public sector organisations responsible for water supply have failed to deliver makes bringing in private participation an attractive option. They would help attract the required capital as well as bring in the state of the art water supply management practices. “Clearly, privatisation is a feasible option,” says Jaijit Bhattacharya, partner, Infrastructure and Government Services, KPMG India.

Limitless Potential
Despite three ministries —Water Resources, Drinking Water and Sanitation and Environment and Forests —overseeing the sustainable use and supply of water, issues remain. As per the last census, only 30.80 per cent of rural and 70.60 per cent of urban households get tap water supply. This, perhaps, explains the entry of private players. As Jaidutt Sharma of Waterlife says, “The potential is unimaginably huge. Even with half a dozen players, penetration levels are lower than 1 per cent.”

Bhattacharya says the private sector needs little coaxing to join a sector with such potential. “It will come if the sector is viable, which can be achieved by increasing water charges or providing viability gap funding.”