Time To Scrap The Railway Budget? 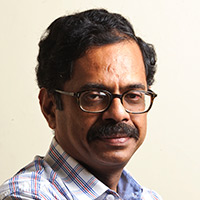 08 November, 2014
Print this article Font size -16+
It took three years for the Acworth Committee recommendations of 1921 to separate the Railway Budget from the Union Budget to be implemented. It’s been a good 90 years since the split happened in 1924. At that time, the railway budget accounted for 70 per cent of the country’s budget. Today, it accounts for less than 15 per cent of the Union Budget.

The idea behind the separation was to make the railways financially autonomous. Ninety years later, we all know that is simply not the case. The whole idea behind the railway ministry was to provide largesse to their constituencies in the form of new trains. Over the past decade, the railway ministry has been held by allies of the UPA that included Mamata Banerjee (Trinamul Congress) and Lalu Prasad Yadav (Rashtriya Janata Dal).

Much before the Modi government presents its first railway budget in Parliament, railway minister Sadananda Gowda has gone ahead and hiked passenger fares by 14.2 per cent and freight by 6.5 per cent. That gives him a cushion to begin with. It’s time Modi and his minister talk in terms of expanding the network faster, add manufacturing capacity, introduce faster trains initially leading to super fast trains over the next few years and improve on safety and cleanliness.

Next, it is time the government went ahead and scrapped the Railway Budget. What India needs is a professionally run railways. So will the Modi government go ahead and do something that has been suggested many times over, but which no government has gone ahead and done?