Time To Call In The Experts 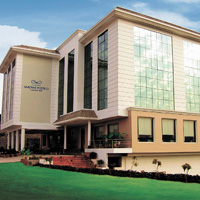 08 November, 2014
Print this article Font size -16+
Arjun Baljee's budget was Rs 20 crore. Not enough to take his Peppermint Group of hotels far. So, when he started the company earlier this year, he chose to manage hotels but not own them, at least not fully. "When we have the money and can own assets, we will. As of now, we are okay with managing," explains Baljee, the founder and director of the mid-market brand of boutique hotels. Rising real estate prices have made owning hotel properties that much harder. As a result, a slew of firms, such as Baljee's, are choosing to manage hotels rather than owning them.

"Ownership gives capital appreciation on the asset, which is realised upon sale or valuation. Management of the hotel, on the other hand, provides a steady stream of operating revenue with negligible capital investment into a property," says Baljee. Adds Ajay Bakaya, executive director of Sarovar Hotels & Resorts, the oldest hotel management company in India, "Hotel management is a risk-free business and one has no liability. The money is invested by the proprietor or the owner and we manage the brand thereafter."

There are two other business models in the hotel industry — as they have been for several years — but it is the management model that has gained traction. "The management way gives leverage and is the quickest way to create a network," says Achin Khanna, associate director at HVS Hospitality. In some cases, a hotel is funded by a company that does not have the expertise to manage it. Management is outsourced, which saves the owner the trouble of handling the day-to-day running of the hotel, while leveraging a brand name and management expertise. In other cases, individual developers have land parcels and the money to build hotels, but no expertise to run them. "Such contracts go to management firms," says Khanna.

These models are picking up in India only now. "As a trend, it has not reached maturity. [But] with more money flowing in, it will be hay time for hotel management companies," says Bhavya Sehgal, head of business development at Evalueserve. An HVS study says the ‘supply' of branded hotels is likely to grow 194 per cent in the 2009-13 period. The number of rooms may reach 94,115 from 48,475 rooms in the top 11 cities, of which a large number are expected to be under management contracts.

The Managers
Sarovar Group of Hotels and Resorts, which has been managing hotels for 15 years, has the largest inventory of 3,197 rooms, which is projected to go up by 3,140 rooms by 2012. In fact, Sarovar got an investment of $10 million from private equity firms Bessemer PE and New Vernon Partners, in 2006. "When we invested in Sarovar, the company was managing 20-21 properties. Today, it is over 40," says Siddharth Nautiyal, vice-president at Bessemer India.

Catching up is the international brand Marriott, which entered India in 2007. It currently manages 11 properties here and has signed management agreements for seven. By 2013, it will manage 41 hotels. "At Marriott, a typical management contract lasts 25-30 years, based on revenue sharing and incentives on profit. Gestation period varies between 2.4 and 4 years," says Rajeev Menon, the area vice-president for India, Pakistan, Maldives and Malaysia for Marriott Hotels. The chain, which operates under six brands — from the deluxe luxury Ritz Carlton to the budget chain Fairfield — is targeting all markets in India. (See interview with Arne Sorenson, president and COO of Marriott International, on page 48.)

Then there is JHM Interstate, India's first third-party hotel management company. It currently manages and operates The Four Points by Sheraton in Jaipur. The company, a joint venture (JV) between JHM Hotels and Interstate Hotels & Resorts, plans to manage more hotels within the next few years. In the third-party management model, three different parties are involved in a single property — the owner of the property, the franchisee and the management company. "Internationally, most companies are pure management companies, single- or multiple-asset owners who don't want to manage their assets. Westin, Hilton, Hyatt, Marriott are all pure-management companies. While they do own a few assets across the globe, they don't do so in India," says Khanna of HVS.

Also in the running is RIMC Sahil, a JV between Sahil Group, which owns multiple assets in India — one being in Alibaug, Raigad, which is franchised by Radisson of Carlson Group — and RIMC International, a Germany-based hotel management firm. RIMC Sahil currently manages three projects.

Other than pure management companies, there are also those that both own and manage hotels. For instance, the Peppermint Group, which is from the same promoter family as the Bangalore-based Royal Orchid group, has  nearly 30 per cent management-based projects. Other contracts are a mix of lease and JVs with independent owners. On the other hand, The Royal Orchid group owns 11 of its properties, manages the other three, and has management contracts in the pipeline for other properties.

Keys Hotels, which had started off with the ownership plus management model, fully funded by US-based Berggruen PE, has 20 management contracts for the next three years. Says Sanjay Sethi, MD of Keys Hotels: "Buying, operating and building has a long gestation period. So we want to have a mix of asset-based and asset-light models." The chain owns seven properties and manages six others. It operates in mid-scale, up-scale and resorts categories. "Owners should have confidence in operators while entering management contracts. The fee is performance-based — management fee on the top line and incentive fee on the profitability," adds Sethi.

Even existing hotel companies are entering the hotel management arena. The Apeejay Surrendra Park Hotels, which used to own and run its hotels, are now entering managing contracts "as a way of expanding", says Vijay Dewan, MD of Apeejay Surrendra Park Hotels. While the Park currently manages and owns 11 hotels, it manages two others and plans to have many more management contracts in the future.

Behind The Scenes
A hotel management firm typically steps in right when the owner acquires the land. It then goes on to chart out the concept and the positioning, as well as provide the architectural, engineering and technical services. Once the property is constructed, the management firm handles the sales, marketing, talent management, operational norms, wages and all day-to-day operations.

This formula may be asset-light and flexible, but has its own difficulties. "The biggest challenge on the management side is licensing. Projects have been stalled for months because a hotel requires 32-50 licences," says Bakaya of Sarovar Hotels. Another challenge is getting the right kind of management structure in place and finding trained staff. "Management companies do not have a standard implementation procedure. Each has its own set of operations, which are non-linear across properties. So, at times, there could be a conflict between what the owner wants and what the management company can offer," explains Abhishek  Sawant of IndusView, a business consultancy firm.

Apart from these difficulties, success for any management company lies in gaining a strong foothold across the country or a region. Since profits are 3-10 per cent of the top line, high occupancy and volume (in hotel rooms) play a key role. "Success for any new company depends upon national footprint and managing multiple assets over different geographies. Volume is key," explains Khanna of HVS.

The basic profit-sharing model usually works at two levels. First, is the management consultancy fee. "Management fee has no relevance to the project cost and is typically 6-9 per cent of the hotel's gross revenue, depending on branding and other parameters," says Bakaya of Sarovar Hotels. Profit sharing models work on the basis of sharing top-bottom line revenues to the tune of 3-7 per cent, respectively. This varies from company to company.

For Peppermint Hotels, technical services fee comprises 2 per cent of the project cost, which ensures total sourcing, design and development clarity. Once operations start, the management services receive 2 per cent of the revenue along with 8 per cent of gross operating profits. Operational profitability (breakeven) is achieved within three months of opening. On an average, a project starts paying back in six months and breaks even in four years.

At Keys Hotels, the management fee is based on a certain level of revenues. After that, it is performance-based — 5-10 per cent of income.

With real estate prices soaring and hotels requiring huge investments, the hotel management companies with their asset-light models are here to stay.