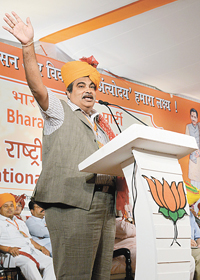 08 November, 2014
Print this article Font size -16+
There has been some mystery about why the Prime Minister, whose normal style is quite laid back, suddenly rang warning bells and took unpopular action in September. He may well have been stirred by the report of the Kelkar Committee. It submitted to him a road map for “fiscal consolidation” — in other words, reduction of fiscal deficit — at the beginning of September, and while doing so, gave him some pretty alarming news. Pranab Mukherjee, in the last budget, had projected this year’s fiscal deficit at Rs 5.21 lakh crore. The Kelkar Committee expects it to be
Rs 1.3 lakh crore higher — roughly a half due to lower revenue and half to higher expenditure than budgeted. The payments deficit was 4.2 per cent of GDP last year. The committee optimistically projects it at 4.3 per cent this year. The adverse balance of payments calls for fiscal consolidation.

But according to The Economist, India has little room for it; the only country in a worse fiscal condition is Egypt. The committee does not mince words: it says that India may be in a worse position than it was in 1991, since its dependence on oil imports is greater and its economy is more open. It sounds as if we must prepare for a Hindi Spring; the committee prefers to call it a perfect storm.
After making this dire prediction, the committee prescribes the medicine for avoiding a disaster. It reads like an invitation to unpopularity: increase the prices of diesel, liquefied petroleum gas, fertilisers, foodgrains and sugar, and junk the Food Security Bill. Even after doing these difficult reversals of past mistakes, the fiscal deficit would be slightly higher than projected by Mukherjee.

The committee is aware of just how unwelcome its recommendations would be to a chronically populist government; it suggests that ignoring the necessity for tough action would bring it even more trouble in the form of lower growth, higher inflation and rising unemployment. It does not put it that way, but India will have to bear the painful consequences of the government’s past profligacy whether it sees sense now or persists in its shortsighted vote maximisation; but if it takes the right steps, it will thereby shorten the painful times.
If the government follows the Kelkar Committee’s advice, government finances will look healthier in three years. The balance of payments deficit may come down, inflation may decline, and private investment may begin to revive. Those will be welcome steps towards resumption of decent growth. But the country’s long-term future has never been a priority for the Congress. It has been intent on winning elections with populist handouts, which also serve to enrich partymen. The next general election is less than two years away; even if it wins it, there will be more elections to follow. Expecting a change in the government’s myopia and opportunism requires unrealistic assumptions about its rationality. So, until the government shows some boldness and follows the path indicated by Kelkar, expectations about its policies must continue to be pessimistic. This is a pity, because for the first time in two decades, the animal spirits of private entrepreneurs have weakened; they need a stimulus in the form of a hopeful future.
It is not just the expectations of domestic entrepreneurs that matter; the view of India from abroad also matters. For the balance of payments is severely in deficit; unless foreign investment continues to pour in, there is a danger that foreign exchange reserves will melt down.
Yet, this dire situation was not noticed, let alone mentioned, by any of the leaders of the Bharatiya Janata Party in the meeting of its national council last week. They continued in their criticism of the ruling party, but the criticisms sounded like old gramophone records, whether it was Lal Krishna Advani’s song about the weak prime minister or Narendra Modi’s about xenophile prime minister.

None of them was even aware of the dire economic situation. There is no indication that they would steer the economy any better than the Congress. Matters would be even worse if a coalition led by a third-party leader came to power, as Advani envisages. It would, therefore, seem inevitable that the country will face a severe economic crisis. It does not look as if democracy would work to reward merit and punish stupidity. The Prime Minister has held out promises of better policies, or at least shown awareness of the dangers of his policies; no one on the left or right has bothered to do even that.  That is not a strong argument in his or his party’s favour; but the nation does not appear to have a better option.