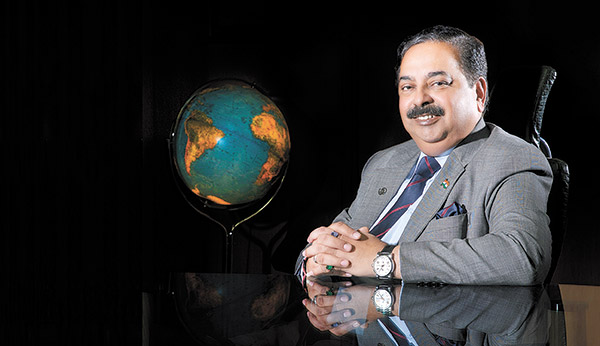 08 November, 2014
Print this article Font size -16+
Oil And Natural Gas Corporation (ONGC) keeps its No. 3 slot in the BW Real 500 rankings. This, despite a fall in profits, no major domestic discovery, a higher subsidy burden and the steep depreciation in the rupee vis-a-vis the dollar. “The factors which are in our control are far fewer than the factors which affect us. Crude oil prices fluctuate and our fortunes get affected. And, it is a paradoxical situation that when crude oil prices increase and we should be getting more, we worry that our subsidy burden will increase. And, when oil prices go down, we again worry because we have to shell out $56 per barrel in terms of subsidy; so, if oil prices go down and $56 is deducted, our net realisation reduces. However, even in this environment of uncertainty, we have done very well,” says Sudhir Vasudeva, chairman and managing director, ONGC.

ONGC’s Enhanced Oil Recovery (EOR) and Improved Oil Recovery (IOR) schemes have helped it produce 79 million tonnes (mt) of oil and oil equivalent so far. Nearly 8 mt out of the total production of 58.71 mt last year came from EOR and IOR efforts.  Another 110 mt was from marginal fields which the company is developing at a cost of Rs 26,000 crore. These marginal fields are expected to maintain production levels in the absence of any new discoveries.

The PSU has its eyes trained on overseas assets. Its subsidiary ONCG Videsh (OVL) has picked up assets over the past year and ONGC expects that by 2030 more than 45 per cent of its production will come from OVL. The subsidiary contributes around 15 per cent of total production.

The systematic deregulation of diesel prices has not helped reduce under-recoveries. It was around Rs 9.20 per litre in January. While the gap came down to Rs 3.20 in April, the rupee’s slide and problems in the Sudan and Syria have widened it again. The company is trying to contain costs to improve profitability. Almost 75 per cent of ONGC’s production comes from 15 fields which are old and where the cost of production is rising. “Our cost of production was about $38 a barrel last year and this is expected to go beyond $41 this year. However, through our efforts we have been able to contain this at $40 per barrel,” points out Vasudeva.

The company will have to continue its balancing act and look overseas for assets if it wants to put up another good show next year.