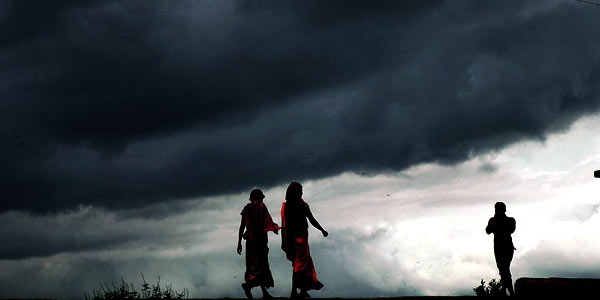 18 June, 2015
Print this article Font size -16+
The study suggests that rainfall over Central India has been reducing over a period of last ten decades. However, Monsoon in the first fortnight of June is 11 per cent above normal


A study on Monsoon published in the Nature Communications journal may just upset all the calculations done by the economist, market experts and trade analysts. The study, conducted by the Pune-based Indian Institute of Tropical Meteorology says that the monsoon in India will be weaker compared to previous years.
The reason: Indian Ocean is getting warmer. When this happens, the result is dampening of summer monsoon circulation which leads to reduction in rainfall over parts of India and other countries. The summer monsoon circulation means seasonal changes in atmospheric circulation and precipitation associated with the asymmetric heating of land and sea. When land gets warmer, the monsoon winds bring in the clouds and rains from sea. But if the reverse happens, the rainfall over land will get depleted.
The study suggests that rainfall over Central India has been reducing over a period of last ten decades. However, Monsoon in the first fortnight of June is 11 per cent above normal.
In the eventuality of lesser rainfall over Central India, there will be an adverse impact on agricultural produce. Farmers have already been hit hard by the unseasonal rainfall in the month of March and April.
Deficient monsoon can result in a healthy business for the makers of pump sets, pipe and generators. It can also prolong the summer thereby generating higher sales for air conditioners, refrigerators and other white goods in urban India.
For the farmer, the production of pulses will be worst hit on account of poor rainfall.
But a good monsoon has a positive ripple effect on the sales volume of consumer goods, two-wheelers, tractors, agrochemicals, seed makers, pesticide firms among others. Market experts have been suggesting a buy status for the stocks of companies like ITC, Hindustan Unilever, Dabur India, Hero MotoCorp, Bajaj Auto, Eicher Motors, M&M, Rashtriya Chemicals, Deepak Fertilisers, National Fertilisers amongst others.
A Bank of America report suggests that the Reserve Bank of India may hold on to the rates this year. If at all it cuts the rate, it will be only in the early parts of next year. In case the monsoon is normal, then the RBI can cut the rates by 25 basis points in August and in line with the expectations of the finance minister.
[email protected]
Tags assigned to this article:
monsoon Indian Institute of Tropical Meteorology ashish sinha