Those demanding repeal of farm laws including Rahul Gandhi know nothing about them: Tomar

Those demanding repeal of farm laws including Rahul Gandhi know nothing about them: Tomar

Ujjain (Madhya Pradesh) [India], February 13 (ANI): Hitting out at Congress leader Rahul Gandhi, Union Agriculture Minister Narendra Singh Tomar has said those who are asking to repeal the new farm laws including the Congress leader, do not even know about them.
"People from political parties have nothing to do with these laws, those who are demanding the withdrawal of the laws from Rahul Gandhi to the rest, know nothing about them," Tomar told reporters in Madhya Pradesh's Ujjain late Friday on the sidelines of a two-day training program organised for BJP MLAs.
"I want to tell Rahul Gandhi that those who do dynasty politics do not have the right to comment on others," he added.
The Minister further stated that even the Congress party does not take Rahul Gandhi's statements seriously.
"What worries me is the three-fold pace with which the Congress is tumbling under his leadership which is weakening the opposition. A weak opposition is not good for democracy," Tomar said.
"As far as the farmers' movement is concerned, the government is holding discussions with the farmers, we have given them the best proposal. When they convey their opinion, then we will carry forward the discussion," he further added.
Speaking about the BJP's training program, Tomar said, "Training in BJP is important, from the local committee to a worker at the national level. There are many workers who have won for the first time, there are many who have experience. They should meet so that they can learn from each other in terms of working with the party and the public, therefore training classes are organised."
Speaking to ANI after attending the first day of the training session, BJP MLA Mahendra Singh Sisodia who had left Congress to join BJP along with Jyotiraditya Scindia said, "Today, the first day of the training program was of 11 hours and was amazing. I am running out of words to appreciate the program. Everything is zero in Congress party. The BJP has struggled for 70 years and has formed an organisation that is working across the country." 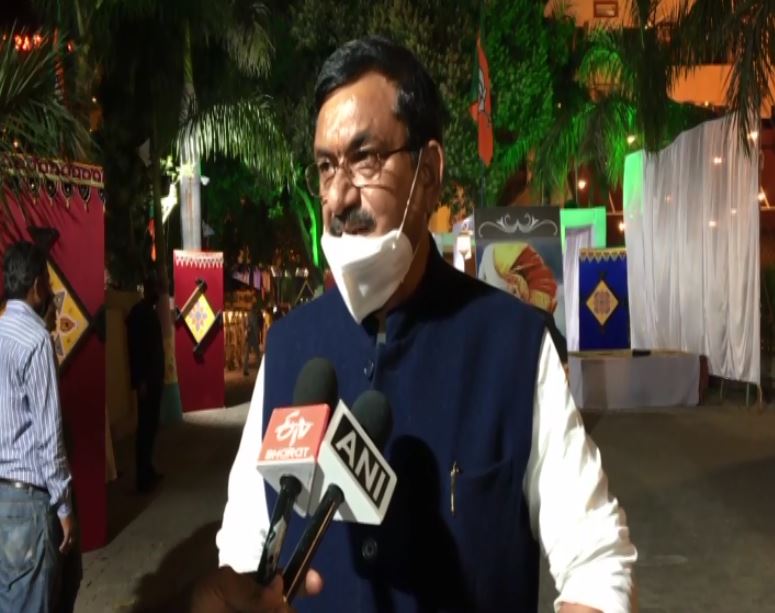 Sisodia further stated that such training programs were never heard of in the Congress, but here everything from discipline, personality development, party development, ideology, Central government, the state government was covered in the session.
On being asked about the training program organised as part of preparations for the upcoming polls in 2023 and 2024 Sisodia said, "BJP is always ready, unlike the Congress which is just the opposite." (ANI)