Think Before You Sell 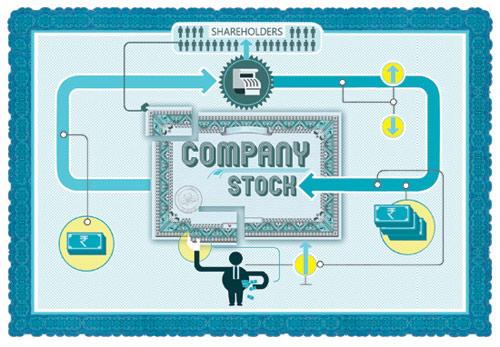 08 November, 2014
Print this article Font size -16+
Legendary investor and Berkshire Hathaway chief Warren Buffett was recently asked what Apple Inc should do with its massive pile of cash. Buffet responded by recollecting a conversation he had with Apple founder Steve Jobs a few years ago. “Do you have more cash than you need?” asked Buffett. Jobs (laughed) and said, “A little.” “Buy back your shares then.” Buffet later underpinned his logic by saying, “If you can buy dollar bills for 80 cents, it’s a very good thing to do.”

This conversation underlines the fact that even robust companies can think about repurchasing shares to support undervalued stock. But not every company is Apple, with over $135 billion in cash reserves, a promoter of the stature of Jobs and researched by investors like Buffett.

So, in normal course, when a company announces a buyback, it’s time for investors to sit up and take stock of their investments. A seemingly high buyback price could throw up two possibilities — either you get a profitable exit from a badly managed company or you are lured into cashing out of a company with good future prospects.

What’s In It?
A buyback is when companies repurchase their shares in the secondary market using cash reserves within a stipulated time frame. Buybacks are used by companies to return surplus cash to shareholders or support stock price during periods of weakness or in the event of a market sell-off. Buybacks are done at prevailing market prices or at a premium, but not above the maximum buyback price. Companies can either buy back shares on a proportionate basis from investors (through the tender route) or purchase from the open market.

Usually, when a company announces a buyback, it spurs the stock to higher levels as investors perceive a share repurchase as a positive for the company; the general belief is that promoters are bullish about the future prospects of the company. It also hints at the premise that the management is not happy with the market-discovered price. So, to stabilise the share price, it buys back its own shares at a premium, thereby reducing the number of shares available in the market and arresting the downtrend. Stocks of companies like Allied Digital Services, Kirloskar Oil Engines, Reliance Infrastructure, Reliance Industries and Zee Entertainment surged 10-20 per cent during their ‘partial’ buyback period.

Companies with low promoter holdings may also resort to a buyback to eliminate the chances of hostile takeover bids by rival businesses.

However, there have been several instances when companies have misused buyback offers to ramp-up stock prices. Only a few companies have bought back full or large portions of the targeted buyback quantity. “Unethical practices will come down once Sebi (Securities and Exchange Board of India) tightens rules around buyback issues. The quality of buybacks will improve over time,” says Shantanu Deb Mookerjea, executive director of equity at LSI Financial Services.

A Deluge
It is not without reason that markets regulator Sebi expressed concern over the low repurchase ratio of shares during buyback periods. “Even after keeping the buyback offer open for a year, there have been instances where companies did not buy a single share or failed to achieve the minimum buyback quantity,” noted the regulator in a recently floated consultative paper on buybacks.

As per Sebi records, in 75 buyback cases which were open between April 2007 and March 2010, companies utilised only 49.9 per cent of the maximum offer size. “This suggests that despite the intention disclosed by companies to their shareholders at the time of making (the) buyback offer, the same is not used as an opportunity for enhancing the book value of the shares of the company,” Sebi said.

More recently, from January 2011 to December 2012, around 40 companies have repurchased shares worth Rs 8,484 crore out of the collective buyback pool of Rs 17,591 crore. In terms of the number of shares acquired, out of a targeted 430 million shares, 315.9 million were bought back.

The buyback offers of 13 companies — aggregating Rs 800 crore — are currently on. Apart from regular buybacks, GlaxoSmithKline, the parent company of GlaxoSmithkline Consumer Healthcare, announced a share repurchase scheme in early December, which triggered an open offer to acquire 31.8 per cent stake in the Indian subsidiary. The company bought back shares at Rs 3,900 apiece, taking the potential buyback transaction to about Rs 5,220 crore.
break-page-break
To Sell Or Not
Both share buybacks and dividend pay-outs are done from distributable surpluses of the company.  Well-managed companies will always give priority to dividend payout as it encourages investors to remain invested in the company. Such companies go for a buyback only when there is an absolute need to support stock prices by reducing available shares in the market, which can improve its financial ratios. Return on equity (profits generated by a company on shareholder investments) and the earnings per share will go up, resulting in an improvement in the price-earnings ratio. Return on assets employed will also improve over time.

“A dividend payout will put money in the hands of shareholders, while a buyback, most of the time, only helps the promoter. Also, buybacks reduce the scope of companies to make capital investments,” says Choksey.

Investors could, however, use the buyback offer to exit companies that don’t have much potential for growth or are poorly managed. Conservative investors abhor the idea of exiting a company solely on the basis of a premium buyback price. If an investor tenders a quality stock, it will erode his portfolio value over a longer term. GSK Consumer’s shares, for instance, gained after the repurchase. “As the current market price of GSK Consumer Healthcare is around Rs 4,270 per share (mid-March), investors who participated in the buyback have lost money and a good stock from their portfolios,” says Siddharth Sedani, assistant vice-president of portfolio management services at Microsec Capital.

Investors who have tendered shares of companies like Zee Entertainment, JK Lakshmi Cement and PVR are staring at an “opportunity loss” as shares of these companies are trading 70-90 per cent above their buyback offer prices of Rs 126, Rs 70 and Rs 140, respectively.

On the other hand, investors took the right call to exit counters like Deccan Chronicle Holdings, Gemini Communication and Allied Digital, the stock prices of which have fallen 80-90 per cent below their buyback offer prices of Rs 180, Rs 45 and Rs 140, respectively.

“Investors should look at growth prospects of the company before tendering or holding back their shares. If the company has good growth visibility, along with quality management, investors should hold its stock for long,” says Sedani of Microsec Capital. “If the (company) management has a tainted past and the buyback offer price is way above market price, an investor should consider the buyback as an exit opportunity.”

Checks In Place
Sebi has put out a consultative paper to curb the rampant misuse of buyback provisions and protect small shareholders. To ensure acceptance of tendered shares (by an investor), Sebi intends to introduce a provision which will require companies to acquire at least 50 per cent of the maximum share quantity announced with 25 per cent of the money put in an escrow account. The regulator may also restrict the period for buybacks from 12 to 3 months.

Other important changes include a two-year cooling off period before raising further capital and a one-year gap between two buybacks, along with proper disclosures.

“Sebi has to look into all those companies that have announced a buyback but have not come out with the issue. It should also look at stray news reports which announce share buybacks,” said Narendra Mehta, chartered accountant and secretary at Investors’ Grievances Forum (IGF).

According to Mehta, several small investors have lost money in companies like AstraZeneca Pharma and Allied Digital, which announced buybacks or were in the news for the same. “AstraZeneca has fallen from around Rs 1,850 five months ago to Rs 770-levels now. Allied Digital has dipped from Rs 32 a year ago to Rs 14,” says Mehta.

Stock buybacks can be beneficial to shareholders if there is genuine intent, and if the price is right. Investors, on their part, should research the company well before accepting the offer. They should be able to see through the smokescreen that some companies lay out in the name of buyback offers.