There’s Life Beyond The US 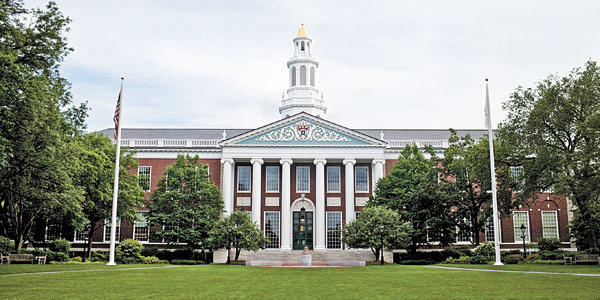 08 November, 2014
Print this article Font size -16+
Unlike in Indian B-schools, where fresh graduates populate PGDM programmes, students going abroad for an MBA have more industry experience and, by extension, are more aware of global economic trends. They are, therefore, wary of going overseas in the current scenario.  So says Pankaj Jain, director, Career Plus Services, a consultancy that coaches students seeking higher education options outside India. But what he says next is at best an educated surmise: “There is a gradual disappearance of the upper middle classes who would go for MBA programmes to the UK and Europe.”
The numbers do not support his contention. A look at Graduate Management Admission Council statistics makes it clear that there has been a 19 per cent rise in the number of Indian examinees who have taken the Graduate Management Admission Test (GMAT) — 30,213 Indians took the test over the course of 2011-12  as opposed to 25,394 in 2010-11. However, GMAC data throw up striking deviations in terms of Indians’ geographical preferences when it comes to management education.
The American MBA may be losing its sheen, but the US still tops the list of countries where Indian applicants send their GMAT scores with as many as 67,973 score reports being sent last year. Interestingly though, while in 2008 about 64 per cent of Indian aspirants applied to American B-schools, the figure dropped to approximately 51 per cent in 2012. It is a different story when it comes to schools such as Harvard and Wharton, which remain almost unaffected by slowdown sentiments when it comes to students from India.  Jain is of the opinion that there will always be a dedicated group of Indian students who have either (or both) affluence and intellectual capability to apply to the likes of Harvard, Stanford or MIT Sloan. “For students who go by Financial Times rankings, cost and crises are immaterial,” he says.
A case in point is INSEAD (which ranks 7 in FT’s Global MBA Rankings of 2012). “For the 2012 classes, the percentile of Indians on the programme represented 11 per cent...In 2011, the percentage was 10.6 per cent. The number has been stable over the years (across both campuses in France and Singapore),” says Virginie Fougea, associate director of admissions at INSEAD.
In marked contrast is the MBA crisis in the UK. A Financial Times study shows that among the top 18 business schools in the UK, overall enrolment figures were 21 per cent lower than at their peak in 2010. The primary cause of this phenomenon is the steep decline in the number of international students. The work visa restrictions imposed by the UK Border Agency, especially the withdrawal of Post-Study Work (PSW) permits (implemented from April 2012) for non-EU students, has been a colossal de-motivator for Indian students. Higher Education Standards Authority statistics (as of January 2013) reveal that the number of Indians studying in the UK has fallen in the past academic year by 24 per cent.
John Kawalek, director of the MBA programme, Sheffield University Management School, says, “Currently, about 20 per cent of our students are from India  but the number used to be  a lot more before PSW issues cropped up.”
Greener Pastures
In what can be considered a spin-off from the UK predicament, Ireland is emerging as a destination of choice for MBA aspirants. “Ireland is a good option because it is following the British system (one-year MBA degree) and, therefore, many students are applying to University of Limerick’s Kemmy Business School and the University of Dublin, among others,” says Jain. Moreover, students are granted a one-year PSW visa and, if they secure a job of 30,000 euro, they get a work permit for two more years.
The Canadian MBA has been gaining traction over the past few years. The country’s favourable immigration policies have played a part in luring Indian students. Fraser Johnston, MBA programme director at Ivey Business School (among the top B-schools in Canada), says in the past five years there has been a steady increase in students from India. “Typically in a batch of 150 students (for the one-year MBA programme), 15-20 per cent come from India,” he says.
The drift towards Canada is being facilitated by the Canadian government’s Student Partnership Programme in India wherein 40 community colleges from Canada as good as guarantee jobs and work visas. Since 85 to 90 per cent of Indian MBA graduates from Canada continue to work in that country, the deal has found many takers. Pursuing a one-year MBA course allows for a work permit for a year, while a two-year course guarantees a work permit for three years, according to immigration laws.
Closer home, Singapore is fast emerging as a destination for management studies. GMAC statistics indicate that from 5,948 GMAT applications being sent to Singaporean B-schools in 2008, the number has increased by more than 40 per cent to 10,148 in 2012. Apart from Singapore, Hong Kong and the Philippines are piquing the interest of Indian students.
alokita (dot)datta (at)abp (dot)in
(This story was published in BW | Businessworld Issue Dated 15-07-2013