The Well Of Woes 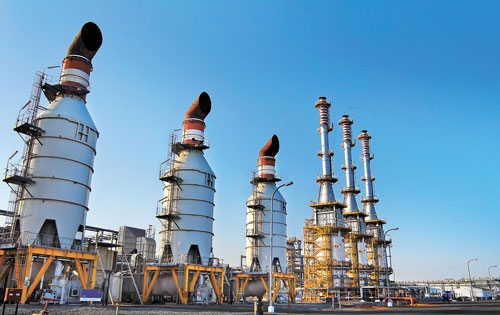 08 November, 2014
Print this article Font size -16+
The Krishna-Godavari (KG) Basin, operated by Reliance Industries (RIL), is in a shambles. The natural gas production at the D6 block has sunk to an all-time low of 20.88 million metric standard cubic metre per day (mmscmd) after the company shut its eighth well, B6, on 9 January. B6 was in the main producing fields of Dhirubhai-1 and 3 (D1 and D3) and was shut “due to water loading”, according to a report by the Directorate General of Hydrocarbons (DGH).
Since D1 and D3 started production in 2009, the production from 18 wells has gone down from 55 mmscmd of gas to 16.98 mmscmd during the week ended 13 January, after the well B6 was shut, the DGH said. Citi analysts say the decline is expected to continue through FY14, but may be arrested in FY15. Maintenance work in D1 and D3 fields has started. New production from satellite fields and R-series in Asia’s largest gas find are likely to come on stream by FY17.
The firm has been awaiting approvals since last year from the oil ministry and the DGH to start maintenance work to revive the sick wells. The ministry says the approvals were withheld as RIL had denied access of its books to the Comptroller and Auditor General for a second round of audit.

But, sources say, the audit began a week ago. RIL has already budgeted $100-120 million for the maintenance this fiscal, as it did the previous two years, which are still pending approval.
RIL’s exploration and production (E&P) segment reported earnings before interest and taxes (Ebit) at Rs 590 crore (down 54 per cent year on year) in the third quarter — below the estimate by research firm Nomura. “Higher depletion charges and charges on relinquishment of E&P blocks were key reasons for the lower numbers…The firm indicated that the declines would likely be arrested only when compression capacity is commissioned by FY15,” say Nomura analysts.
RIL said that the C. Rangarajan Committee report addressed the key issue on the production-sharing contract, audit and gas price mechanism, and would help in creating an enabling environment, even if it didn’t seem to agree with the suggested pricing formula. It said the report could pave the way for finalising pricing in line with production-sharing contracts. Oil minister Veerappa Moily has said that the ministry had accepted the committee’s recommendations, including a new formula to link gas prices with international benchmarks.
Deutsche Bank analysts say  that after a long period, the management was optimistic on its upstream portfolio in India. “The firm is awaiting approval for the revised development plan for MA oilfield in KG-D6, gearing up to submit the development for R-series fields within a month and restart its exploration campaign,” they added. Meanwhile, the Centre wants to withdraw from arbitration proceedings and favours direct negotiations with RIL in its long-running dispute over the cost of developing the KG-D6 block, Moily said.
Now after a positive Q3 result and with shares hitting a 19-month high, RIL has started studying ways to arrest the production decline.