The Way We Did It 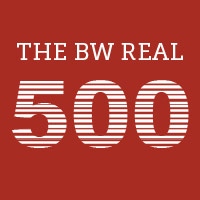 08 November, 2014
Print this article Font size -16+
For the BW Real 500 ranking this year, the total number  of companies considered added up to a whopping total of 30,194. This included listed (on the National Stock Exchange, or NSE) and unlisted companies — whose annual audited financial data was available with Ace Equity Corporate Database as on 3 October 2012. Where a company is listed on the Bombay Stock Exchange (BSE), and not the NSE, market capitalisation data from the BSE was taken into account to arrive at the rankings.

Next, companies whose total income and total assets added up to less than Rs 100 crore were eliminated from the list, which left us with 1,468 companies (including both financial and non-financial).

In all cases, consolidated numbers (combining those of subsidiaries and associates) were considered for the companies. Subsidiaries were eliminated from the BW Real 500 rankings to avoid counting companies twice. However, standalone results were taken into account for companies that have no subsidiaries as well as for those whose consolidated data was not available with Ace Equity.

Data for the financial year 2011-12 was used to determine the rankings. In the case of companies whose financial year does not end in March, the fiscal ending between September 2011 and August 2012 was considered. And, for those whose financial year comprised more or less than the 12-month norm, the numbers have been annualised. For all stock market-related data and calculations, NSE data was taken into account for companies listed on the bourse.

The BW Real 500 ranking is based on the sum of total income and total assets. The parameter-wise rankings (undertaken only in the case of non-financial companies) have been arrived at based on all 1,347 companies that made the cut and not just the Top 500 companies.