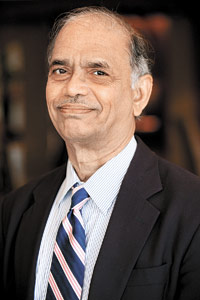 08 November, 2014
Print this article Font size -16+
The enormous expectation and excitement to usher in the Modi government could bring  bitter disappointment if the government doesn’t move swiftly to show  a positive new direction for the country. Ironically, one policy measure that is all ready to be implemented and could prove a game changer for the country is also the one that the BJP election manifesto is dead set against — FDI in multi-brand retail.

The benefits of opening up the country’s retail sector have been convincingly presented by economists. A study, based on surveys conducted in 10 major cities, by ICRIER, a leading economic research centre, showed that organised retail stores would create jobs and benefit both consumers and farmers, while causing minimal and short-lived disruptions to the
kirana stores. Among its key findings were the following:

l“There was no evidence of a decline in overall employment in the unorganised sector as a result of the entry of organised retailers.” And “adverse impact on sales and profit weakens over time”.

l“While all income groups saved through organised retail purchases”, the survey revealed that lower income consumers saved more. Thus, “organised retail is relatively more beneficial to the less well-off consumers”.
The existing rules, which limit setting up of multi-brand retail stores to 53 cities with a population of 1 million or more, leave ample room for kirana stores. Big-box stores can only be set up outside congested urban areas, leaving small traders ample room to carry on their business.

Foreign retail majors, as required under the rules, would have to make a minimum investment of $100 million with at least half that amount invested in back-end infrastructure. The supply chain efficiencies generated by such measures would directly help farmers, much of whose produce is wasted due to their absence.

But, by far, the most important impact of embracing FDI in multi-brand retail is the powerful message that it will send to investors: India is unreservedly open for business. The difficulty for the Modi government will be to demonstrate political courage to embrace a policy that it has previously opposed. There are, however, positive indicators. As elections neared, Modi offered tantalising hints about a possible change of tack. In an interview with Times Now, he said, “Government is a continuous process” and that it is not good policy to overrule a previous administration’s policy. In an earlier speech, he also urged small traders to take up the challenge of foreign competition.

Walter Andersen, director of South Asia Studies Program at the School of Advanced International Studies in Washington DC and a leading US expert on BJP, told me that Modi “has moved in other areas where such a problem came up, with him favouring development over narrow group support”.  So the question is: Will the ‘development’ candidate drag his party along to bring India’s economy into the modern age?