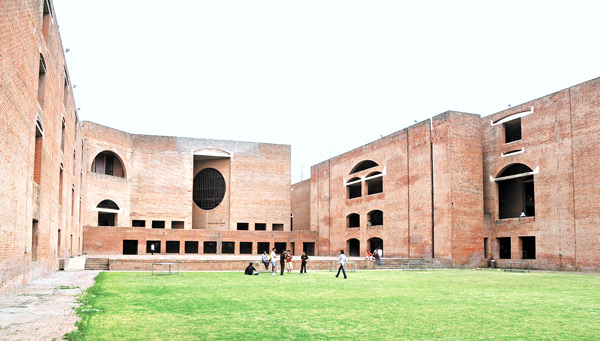 Around October-November 2011, placement heads and students across B-school campuses were worried. The environment was sluggish and companies were less than enthusiastic about hiring with the prevailing global scenario making everyone apprehensive. But January brought B-schools good news with the placement season throwing up a pleasant surprise. "There were so many reports of doom and gloom that we were shocked to see the responses once the actual placement season started," says placement head of Indian School of Business (ISB) V.K. Menon.

Year 2012 saw the highest number of companies turning up at ISB's campus in the past five years, even though the number of job offers made was slightly lower than in 2011. This year, 631 offers were made by 348 companies compared to 661 from 310 companies in 2011.

While the year was tougher for freshers, for those with some work experience, the job market was as good as ever. They found jobs in the best of sectors and that too at higher packages than in previous years.

Take Shravni Jain, for instance. She graduated in 2012 from ISB Hyderabad and had multiple offers in hand. For her, finding a job was a cakewalk. She already had three years of work experience in the consulting industry and hence landed herself a job with the Parthenon Group with a near 250 per cent jump in salary.

"News reports had made me jittery about the summer placement season but everything went off smoothly and I got a profile and a company of my choice," says Varun Pulyani, a second-year student at IIM Lucknow, who interned with Agrotech Foods. "There were plenty of options in marketing," he adds.

However, students at IIM Lucknow revealed that this year, unlike in 2011, 100 per cent placement was not achieved in six days. In a nutshell, the 2012 placement season did not witness the same degree of buoyancy as seen in 2007-08, but it did not plumb the depths it did in 2009. But 2012 was no better than 2011, which saw companies focus on hiring at junior levels and being selective at middle and senior levels.

More Companies, Fewer Offers
One trend that remained constant across most B-schools was the lower number of offers made by companies. This, despite the number of companies on campus increasing in comparison to last year. "A lot of companies that skipped hiring from our campus last year such as Citibank and Deutsche Bank came this year, but the overall  job offers came down — companies that were making six offers hired only three," says Mala Sinha, placement coordinator at Faculty of Management Studies, Delhi.

"Companies this year wanted to hire closer to demand so as to plan their businesses better even though it is going to be a costly affair for them," says Sangeeta Gupta, senior vice-president of  Nasscom.

The number of companies that appeared for placements at the IIM Lucknow campus went up to 213 from last year's 206, but job offers dropped to 446 from 528 a year ago.

IIM Bangalore saw a dip in offers as well as the number of companies participating in the placement season. The Class of 2012 got 423 offers from 126 companies for a batch strength of 363 students. In 2011, it was 461 offers by 135 companies to 332 students.

"Typically, management consulting, finance and marketing firms are the top hirers. This year, too, they were the top hirers but finance as a sector saw a decline in the number of offers compared to the previous year," says Sapna Agarwal, head, career development services at IIM Bangalore.

Kanwal Kapil, chairperson, placement affairs at MDI Gurgaon, echoes the thought. "Initially, it seemed the financial sector was not as aggressive, but they hired. Though a few of them reduced their numbers from last year's double-digit offers to single digits, they did not vanish from the placement season," says Kapil.

break-page-break
For XIMB the scene was a little different. The college saw fewer recruiters but the offers per company increased. "Placement season was better than last year, both in terms of the profiles and the packages offered," says Saveeta Mohanty, placement coordinator, XIMB.

Colleges such as IIFT, which offer specialised management degrees, saw an upswing in placements this year. "Despite economic and business sentiment being lower this year, for an international specialised MBA like us, there was no dip in opportunity," says IIFT director K.T. Chacko.

FMS too enjoyed a similar sentiment. "We are very strong in finance and about 35-40 per cent of our placements happen in that segment. This year, too, we did not see a dip in hiring while other colleges saw finance to be slow," says FMS dean Raj Dhankar.

Consulting Firms All The Way
Information technology and fast-moving consumer goods (FMCG) were the two sectors that saw the maximum action this year at B-schools. With respect to roles and functions, most B-schools mentioned the usual favourites — consulting and marketing — as being in great demand.

At IIM Ahmedabad, there were more than 120 firms that participated in the placement process in 2012 (including the laterals process). In terms of sheer numbers, IBM topped the list by making offers to 21 students. In the consulting domain, Boston Consulting Group recruited 17 students and McKinsey & Company recruited nine.

For XIMB, IT, consulting and marketing continued to be the hot domains. However, HR placements were low this year. ISB saw the consulting sector constituting more than 30 per cent of the offers from companies such as AT Kearney, Accenture and Booz & Company.

At FMS, BFSI offers accounted for the maximum chunk of students — about 26 per cent — followed by the FMCG sector with 19 per cent of the total offers made. The college also saw an average salary increase of 6.1 per cent to
Rs 16.34 lakh per annum over last year.