The War Over Waves 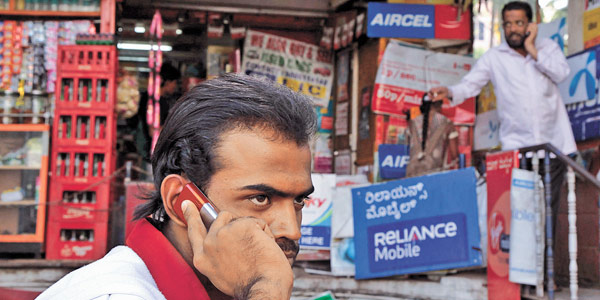 05 February, 2015
Print this article Font size -16+
In the auction of radio waves beginning March 4, telecom operators will fight for spectrum in four bands — 800, 900, 1,800, 2,100 MHz. While operators will need to bid aggressively for retaining spectrum in the 900, 1,800 MHz bands, the big battle will be for the 2,100 MHz band, where only 5 MHz is on offer in each of the 17 circles. That’s because the government has not put for bidding the 15 MHz that has been released by defence services in the band. Accessing the spectrum is important for incumbent operators since no operator has 2,100 MHz band spectrum (dubbed as 3G spectrum) across India.

It is this anomaly that operators are expecting to correct in this auction. Currently, Bharti Airtel, Aircel and Reliance Communications have spectrum in the 2,100 MHz band in 13 circles each, Idea in 11, and Vodafone and Tata Teleservices in nine each. These missing circles account for 30 to 39 per cent of the subscriber base of operators.

At the base price, the government can earn Rs 17,555 crore from the 2,100 MHz band this time round. There is no spectrum on offer in Bihar, Himachal Pradesh, Jammu & Kashmir, Punjab and West Bengal.

If all the operators are seeking to acquire spectrum in the band, there will be at least three contenders for spectrum in 16 circles while in Orissa there could be four bidders. According to telecom industry sources, while most operators are looking to fill in the missing links in their 2,100 MHz map, some of the bigger operators are looking to strengthen their presence in key circles like Delhi and Mumbai. That’s possible since the rules allow an operator to control up to 50 per cent of the spectrum in a band. With 15 MHz already auctioned and another 5 MHz on offer this time, an operator can hold 10 MHz of 2,100 MHz band spectrum in a circle. That could see prices rise in these circles.

One thing is sure. The auction will mean that telecom operators will see their balance sheets stretched. While that will lead to higher prices for consumers, the government will be the only gainer.