The Two Faces Of PepsiCo 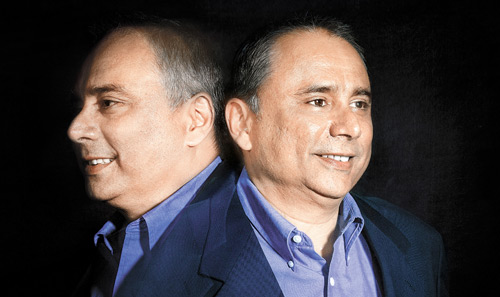 "We picked up a couple of geographies and pilots where we went in with both the product portfolios: in Maharashtra with Gluco+ and in Tamil Nadu with the Lehar snacks portfolio. We looked at the hub-and-spoke distribution of products through an intermediary. Then, we tried to optimise return on investment for the channel intermediary by combining the portfolios," says Namboodiri. He explains that the experiment was at a test-market level. "These are all experiments. We have a conventional full-scale beverage model and we should really bear about 50 per cent in terms of operating costs. That is a good benchmark in terms of distribution," says the NourishCo top executive.

What the two organisations also share between them is consumer data and insights, as both reach out to the same target audience. Majumdar also gets by with help from Frito Lay, "So, on the R&D front, if I am launching a product and my team is struggling to get the nuances for a new product right, we take leads from the R&D team at Frito Lay," says Majumdar. "Another area of leverage is purchase. For example, we go and speak to all vendors and get the right partners for commodities such as oil and film."

An ideal situation would be if the two could ride the same distribution or logistics, saving substantially between them. But that is not necessarily feasible. "With salty snacks, you go once a week to replenish stocks of retailers. In beverages, it could be daily or three times a week. Besides, the structure and composition of the trucks is substantially different," says Majumdar.

Even in PepsiCo International, there are few countries where both the snacks and beverage organisations deliver products from common trucks. "We will continue that work and try and see how that value bit can come together," says Majumdar. Whether this value proposition will help PepsiCo expand its forte in food and beverages will depend on multiple factors such as distribution, pricing and consumer acceptance. But as Rama Bijapurkar, market strategist and author, notes, "MNCs are guilty of ‘corporate imperialism' (a term used by C.K. Prahalad). They (MNCs) are usually particular about using a uniform global strategy across all markets. The assumption has always been that this ugly duckling will one day become a beautiful swan. (India) is never going to become like any other place because uniform patterns of evolution do not exist. You will have to develop strategy for this market," says Bijapurkar.