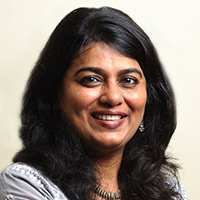 08 November, 2014
Print this article Font size -16+
You must have met him or her, the bore of the party, the loudmouth who corners you and just goes on and on about everything, from Cheteshwar Pujara to Akhilesh Yadav and from the olive crop in Spain to the impact of the food security bill here. Escape is at best temporary.

And now thanks to the social online circuit this homo boricus has become part and parcel of one's every day life. There he or she is, swinging from the branches of Twitter to the trunks of Facebook, airing opinions with manic intensity and un-selfconscious volume.

You can try escaping by unfollowing or unfriending – but get routed. Persistence pays over the odds for bores, I think. Someone retweets them or shares what they are saying so there they are back on your timeline.

Being a fairly gregarious creature but lazy about socialising after work, I thought the online social circuit was a brilliant way to stay in touch with people with minimum effort.

But, alas, the best laid schemes of men and mice gang aft agley. Very quickly I have found that the online social circuit is every bit as exhausting as the offline one, if not more.

I have discovered another dismaying truth: Unlike a real party, this one shows no sign of flagging ever. Like the Gandhi family, it goes on and on and on ...

There are all kinds of parties online. Twitter I feel is the big Page 3 party, milling with celebrities, wannabe celebs and hangers on with everybody jostling to catch the eye of the luminary by nudging him with a reply to his or her take (Okay, mea culpa too). It’s full of talkers, superficial chit chat and barely any listener.

Facebook is more like the get together you would have at home -  an equal measure of talkers and listeners, some interactivity, some showing off of skills - culinary, photography, hobbies and more.

But in both you can sometimes have a quiet conversation on the sidelines with just one person, a kindred soul through direct messaging.

But have you noticed one thing about both these parties? That there are hardly any kids there. It's a bit like the dance floor at colony parties these days where energetic adults trying to act hip and young can be seen shaking a leg, while the teens sit shyly on the sidelines. Increasingly, on Facebook and Twitter, too I find the kids have packed their bags and gone off and it's adults posting their cool pix.

Perhaps it’s because kids are not into airing opinions – they are there for true interactions - and pictures.

So true to nature, the kids have escaped adults and moved on to the next hotspots –Instagram, Tumblr, What's app.  Once realisation dawned, panting and huffing, I tried my best to catch up with my teen by joining What'sapp. And guess what - she's moved on to WeChat. There's just no use really - you cannot break the generation gap even online!


In this column, Chitra Narayanan casts an interested gaze at the quirky goings on at the marketplace and workplace