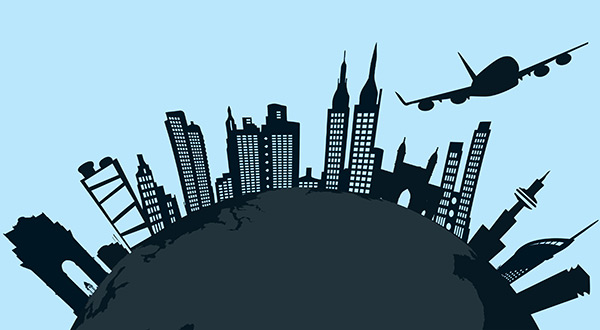 02 December, 2014
Print this article Font size -16+
Building happy, futuristic cities is the flavour of the season. Earlier, polluted, over-crowded cities were seen as India’s ugly face; something nobody was doing anything about. Now, cities are ‘in’; urban India is where people are moving to. Call it the Modi-effect or a realisation that has come late, but governments at the Centre and the states are now tripping over themselves to announce new initiatives and reforms.

It cannot be otherwise. Today, 35 per cent of the country’s 1.2 billion people live in urban agglomerations. By 2050, half of India will be living in cities and towns. Meanwhile, neglect and lack of comprehensive civic programmes have made existing cities cesspools of deprivation. Nearly 45 per cent of Mumbai lives in slums, while for Kolkata and Chennai the figure is close to 30 per cent.

So when the Narendra Modi government unveiled its first budget proposals in July this year, it grabbed the bull by the horns. Finance minister (FM) Arun Jaitley put building homes and cities at the top of the development agenda, while Prime Minister Modi said ‘housing for all’ was not just a slogan but an achievable target by the year 2022. Simultaneously, the FM announced that the government was committed to building 100 ‘smart’ cities, and allocated Rs 7,060 crore for initiating the process. Everybody knew this was not enough to even set up the drawing boards for planning the new cities. So where is the money going to come from?
Overseas investment is part of the answer. To attract money to construction and realty, the Union Cabinet has now approved dropping the minimum 10-hectare requirement for serviced housing plots and reducing the minimum floor area for FDI-compliant projects from 50,000 sq. metres to 20,000 sq. metres. The new norms also halved the minimum FDI requirement to $5 million from $10 million earlier. Further, the condition of a three-year lock-in period for developers of FDI-compliant projects has been dropped, making exits for foreign investors easier.

Beyond the hype though, little is known about ‘smart’ cities and where they are to come up. ‘Smart’ cities is a term used by European urban planners to define technologically advanced urban communities that use gadgetry to make life comfortable and transportation seamless and easy. Metropolitan commissioner for Mumbai, U.P.S. Madan, says for him turning the posh corporate enclave of Bandra-Kurla Complex (BKC) into a ‘smart’ city meant complete wi-fi coverage, electronic display of parking, intelligent signalling systems and a hi-tech security network with CCTV coverage to protect the community.

What is also becoming clear is that the ‘smart’ cities the government has in mind will be new, greenfield creations, probably satellite towns of larger cities rather than re-engineered versions of decrepit metropolises. The government has announced a few — Ponneri in Tamil Nadu, Krishnapatnam in Seemandhra, Tumkur in Karnataka, Varanasi in UP, and the Gujarat International Finance Tec-City (GIFT). An initial concept note prepared by the Union Ministry of Urban Development has estimated the project development cost over 20 years to be around Rs 6.86 lakh crore, of which it proposes to earn Rs 39,000 crore from a slew of environmental and green taxes.
break-page-break
Meanwhile, the focus on planning and investing in ‘smart’ cities should not be at the neglect of refurbishing and remodelling old metros. The Jawaharlal Nehru National Urban Renewal Mission (JNNURM), an initiative of the former UPA government, was directed at precisely that. It pumped in more than Rs 50,000 crore over a few years into rebuilding water distribution and transport systems in neglected tier II cities; and investing in sewer lines and drains. With a new government in place, however, JNNURM faces an uncertain future.

Among the biggest challenges to the creation of ‘smart’ or new cities is land acquisition. It has stalled the development of Naya Raipur as Chhattisgarh’s new capital by over a decade. Jharkhand is unable to find land to set up Indian Institute of Management and Indian Institute of Technology campuses. Earlier, the archaic Land Acquisition Act of 1894 that allowed for ‘forced’ takeover and payment of peanuts as compensation created widespread social and class conflicts. This was replaced last year with a more equitable law — the Right to Fair Compensation and Transparency in Land Acquisition, Rehabilitation and Resettlement Act, 2013. This has been dismissed by industry for allowing ‘outrageous’ compensation.

It is in the context of a revived interest in urban India that the city competitiveness survey assumes greater importance. The survey shows both strengths and weaknesses of big metropolises like Delhi and Mumbai. While the top two rankings remain unchanged, the leading city Delhi emerged stronger in ‘Innovation’ and ‘Human Capacity’, while the No. 2 city Mumbai performed better in ‘financial’ and ‘administrative’ parameters.

More importantly, what the survey proves is that it is the ‘satellite’ cities that are the way of the future. Gurgaon and Noida, that were lower down the rankings, have clawed their way up in this year’s survey to No. 3 and No. 4 positions, respectively. They have scored high on ‘business incentives’ and Noida particularly performed well on the ‘communication’ parameter. The rise of Gurgaon and Noida has been at the expense of Chennai and Hyderabad, which are to No. 5 and 6 positions, respectively.

Then there are those who are reinventing themselves. Kochi, for example, has gone up from No. 16 last year to No. 11 this year. Vadodara and Kanpur have risen too.

As a whole new crop of ‘smart’ cities comes into being in coming years, the competition will only become sharper; and these rankings more important.