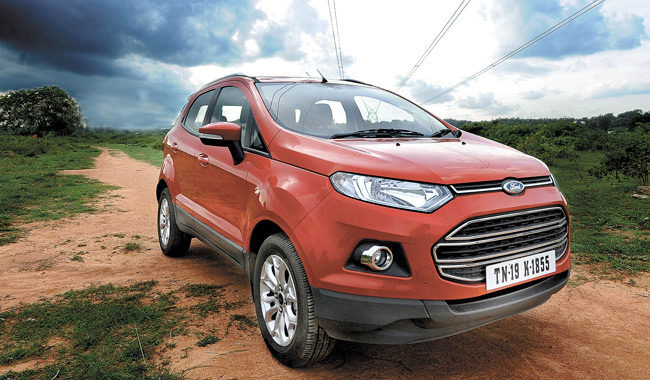 09 June, 2015
Print this article Font size -16+
On a cold Saturday morning after a long, tiring week and Friday night binge drinking, when most are sleeping like logs, Anand Singh and friend Viney Parikh of Delhi are prepping their beasts — Ford EcoSport and the Nissan Terrano — for some serious off-roading and mountaineering to Kullu Manali. Tires? Check! Lights? Check! Brakes? Check! Battery? Check! With a small backpack, some packets of chips and a mountain bike strapped to the boot of their cars, they are set to burn the road!

Singh and Parikh belong to a new set of thirty-year-olds who alternate their weekends between biking, hiking and SUVing. That’s right, SUVing is a thing. The yuppies (young upwardly mobile professionals) like to spend their time in meaningful pursuits beyond their jobs.

In fact, lately there has been a significant surge in demand for multi-utility vehicles and sports utility vehicles. And Carlos Ghosn, chairman of the Renault-Nissan Alliance (RNA), knows why. At the recent showcase of Renault’s hatchback Kwid, he told BW|Businessworld that Indians love roomy cars with a high ground clearance. “Kwid, built on the CMF-A platform, is a car of conquest,” he said. The platform is designed for  price sensitive markets like India, so the company can make cheaper SUVs .

“The platform is flexible and as infrastructure improves, Indians will buy smaller utility vehicles,” says Gerad Detourbet, global vice-president, RNA. He adds that CMF-A’s success will determine the kind of vehicles — SUVs, MUVs or small hatchbacks — Indians prefer. “There can be seven cars on this platform, or may be more,” he adds. Renault has earmarked Rs 3,000 crore for the platform.

Data from the Society of Indian Automobile Manufactures (SIAM) suggests that the SUV market is currently half a million in size and can easily reach 7,00,000 units in sales a year. Over the past five years, 2.27 million SUVs have been sold in the country. The segment is currently growing at a compound annual growth rate of 49 per cent, whereas the hatchback and sedan car segments together have grown at 37 per cent CAGR during the same period. This proves that a certain section of the population is moving towards SUVs and MUVs. That said, the base data of the hatchback and sedan segments is bigger and they have  sold 9.54 million units in the past five years.
Expected Launches
Well, it is not only RNA that is preparing to launch affordable SUVs and MUVs. There is Toyota, Tata Motors, Maruti Suzuki, Honda, General Motors and Hyundai; they are all ready with their version of small SUVs to hit the market in the next 12 to 18 months. These are not the classic SUVs; they are not tooled for standard four-wheel drive and off-roading capabilities. These are cars with high ground clearance and pricing of Rs 6 lakh to Rs 13 lakh.
break-page-break
Hyundai and Maruti, which together hold 50 per cent of the passenger car market in India, are lagging behind in the SUV segment. However, they have their plans chalked out. Maruti will to launch S-Cross this year and YRA (a sub-4 metre SUV) early next year, while Hyundai has already launched the iX25 SUV in China, and plans to bring it to India by November.

The Mahindras, which dominate the Indian SUV landscape with at least 45 per cent market share, have plans to bring in three compact SUVs code named S101, U301 and U215. General Motors too will soon launch a vehicle that will compete with the Duster and Terrano, while Toyata would probably bring in the Daihatsu Rush. Tata Motors will launch Nexon, which will be based on the Zest platform. Sources say that there is no SUV in the offing from Volkswagen AG till 2017. The companies did not want to talk about future launches and they all declined to comment on these vehicles.

But we can say that as many as 10 new cars are expected to be launched in the small SUV segment in a year’s time, at an estimated total spend of about Rs 6,000 crore. Launching a product is one thing, but preparing for the market outreach is another. Tata Motors is banking on its HorizonNext strategy which proceeds from design to production to consumer service. It is spending over $3 billion to revive its product portfolio and services. GirishWagh, vice-president, Tata Motors, is hard at work with his team in getting more than 150 vendors ready for the launch of Nexon.

“The last couple of years have been about understanding what the consumer needs and making the brand relevant with a modern design and interface. We have several launches planned over the next three years,” says Wagh of Tata Motors.

What is to be seen is the impact that Hyundai and Maruti Suzuki’s launches will have on other original equipment manufacturers. Maruti has more than 1,300 dealers and Hyundai has close to 600, while the rest have an average of 250 or less. These two companies have been market leaders in the affordable segment largely because of their distribution and service reach. “We cannot comment on future launches, but this is  a very important segment for Maruti Suzuki,” says C. V. Raman, executive director of engineering at Maruti Suzuki.

The competition between these auto giants is not only restricted to India; they are all eyeing the export market too. Last year, 77,024 SUVs were exported from India, with the Ford EcoSport leading the tally with 55,178 units. And now with 10 SUVs in the offing, more than 100,000 units can be exported to other countries per year by 2018. Like Ford, Renault and Maruti Suzuki are also trying to increase their exports.
Not An Easy Market
Ghosn believes India is a land of opportunity. “What works in India can be tweaked for other markets,” says Ghosn. He says that it is a very difficult market to compete in. The Indian automobile market’s growth is dependent on growth in salaries, creation of infrastructure and reduction of interest rates. The inflow of foreign capital and reduction of trade deficits will further ease consumption in India, which is slow at the moment. That said, auto companies will still focus all their marketing expenditure in pushing the SUV/MUV segment. The companies will bet big on finding a balance between small hatchbacks, premium hatchbacks and these affordable SUVs. “There is a customer in each of these segments,” says Sumit Sawhney, managing director of Renault India.

The automakers would also have to convince ordinary consumers that they need a roomy SUV or  simply play the adventure card. It is, after all, the age of the affordable SUVs.