The Show Must Go On

Discussing his venture into the entrepreneurial journey, Jackky informed that he always was connected with music since his childhood. 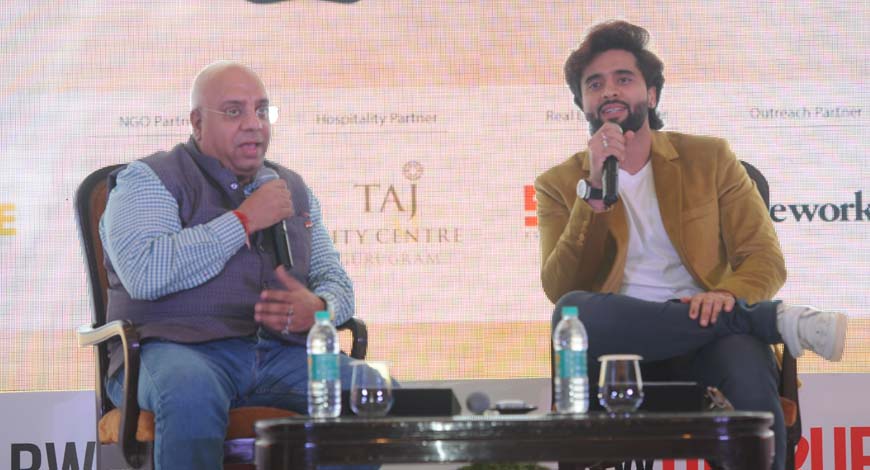 While Dr. Batra asked him about his inspiration, Bhagnani without thinking once said that his father is his ideal through whom he has received his muse to work harder. Specifying the main lesson he learnt was the idea of “the show must go on”. He emphasizes that every problem has a solution while talking about his entrepreneurial journey in Bollywood.

Discussing his venture into the entrepreneurial journey, Bhagnani informed that he always was connected with music since his childhood. While back in those old days, his father supplied cassettes to Tips Industries. He also added that in today’s world where due to technology everything is accessible helped him start his organization. During this ultra-tech times, anyone any upload their music composition and the whole world can listen to it without any geographical boundaries informed Bhagnani.

Bhagnani added that while he was asked not to learn music, he still didn’t give up. The incident made him think that if he can’t be a creator but still a curator. That’s where his entrepreneurial journey commenced.  Talking to Dr Batra while discussing his journey, he elucidated that people who are comfortable with their journey and can make fun of it amongst people are meant to be successful in their journeys.

Crediting his failures as the main milestones, he said, “My failures in retrospect made me learn what to do and what not to do”. Remembering his mother’s words, added, “She always use to say that even the impossible can be read as I am possible”.

Learning a lot from his father Vasu Bhagnani who is considered to be a sensational producer of Bollywood, Bhagnani informed that even at his old age, he is still eager to create something. He recently went to London to start afresh. However, he opined that the journey of fighting never stops. He also informed that he was always optimistic about himself and never paid any heed to any wrong rumors.

Talking about his movies which have been with David Dhawan mostly, the blockbuster director, Bhagnani said that Dhawan is a chef in a form of a director wherein he can make the best movies out of common characters and scripts.

When asked about his ideals from Bollywood, he said that as an actor Amitabh Bachchan but as an entrepreneur, it is Shahrukh Khan. He added that SRK is one of the early entrepreneurs from Bollywood when the industry had no idea about the impact entrepreneurship would have in the coming years.