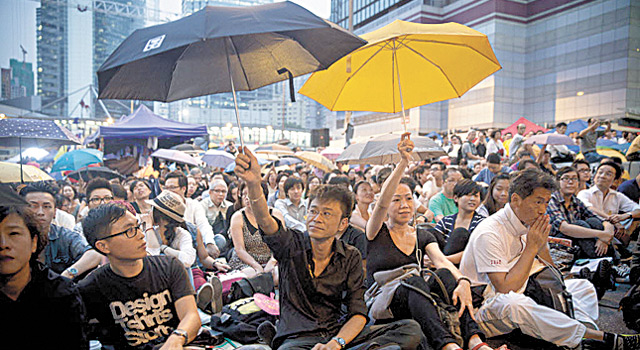 02 December, 2014
Print this article Font size -16+
Remember the recent Kashmir floods when all communication links to the valley were snapped? Fear and anxiety spread as family members could not trace one another. In such a situation, Firechat — an off-the-grid smartphone app — could have possibly come to the rescue.  People stuck in emergencies can use this app to build their own network . All you need are a smartphone and free software. The app creates a network using only Bluetooth connectivity.

During the recent Hong Kong protests, Firechat was the tech binder that connected those taking part in the mass movement. It happened so spontaneously that even Open Garden, the company that launched the app this March, was rather taken aback by its unexpected usage. It became a sort of ‘giant megaphone’ during the movement.

Commotion, Storymaker and Telegram  are some of the other off-grid SOS networks available. Unlike mobile networks that can’t cope when there is too much traffic, mesh networks thrive during such situations and can cope with any volumes.

Of course, there are drawbacks — the biggest being that nothing is private. Everybody can see what others are posting. So during these dissident movements, the police could well get to know what is going on.

BRAND BUZZ
Pay Up For Meet-ups
Social networking portal Meetup, which facilitates offline meetings in the neighbourhood, is now rolling out a crowdfunding platform called Contributions. Meetup helps people form groups — such as a backpackers group, divorcees group, entrepreneurs group and so on — as per their interests. A user just needs to enter his area details and the topic he is interested in.  Meetup then helps arrange a place and time. Now the new crowdfunding feature will help group members fund their meet-ups, paying for meeting space, supplies, food and so on.

Big Jump
According to brand consultancy firm Interbrand, Facebook jumped 23 positions in the brand rankings chart, moving up to 29th place. Even though Apple and Google are at the top in the Best Global Brands list, Facebook still beats them in growth. Its brand value growth outshines the likes of Apple, Google and even Microsoft. Facebook is up by 86 per cent at $14.3 billion compared to $7.73 billion in 2013

Chetan Bhagat
@chetan_bhagat
Author
“Apple CEO says he is proud to be gay. In India, he would be a criminal. Because we bury our heads in sand and just won’t tackle #Sec377”