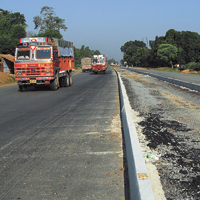 As part of the strategy to fast-track the National Highway Development Programme (NHDP), undertaken by the National Highways Authority of India (NHAI), the Centre plans to link the release of Central Road Funds (CRF) to states to the cooperation extended towards the highway development programme. Active participation of state governments in getting all clearances in place is crucial for getting road construction works to be executed on time. Here factors such as land acquisition are important hurdles where state governments have a crucial role to play.

Road transport and highways minister Kamal Nath says that the Centre plans to release funds from the CRF on the basis of the proactive role states play in expediting state-level clearances as well as getting bottlenecks removed on time.

CRF is a dedicated fund created from the cess on petrol and diesel. These funds are to be used for the development and maintenance of national highways, state and rural roads as well as for building road overbridges and underbridges. Fifty per cent of funds collected through cess on diesel go towards rural roads. The rest and the entire cess on petrol is distributed among national highways, state roads and towards the requirement of railways.

While the new CRF norm is not aimed at any particular "non-cooperative" state, in the past Uttar Pradesh had stalled the NHDP for four years insisting that NHAI should provide a 10-metre strip of land along the national highway to plant trees. This was to compensate for the trees that needed to be cut to build the road. But NHAI was unable to meet this demand as it was not always possible to get land along the proposed national highway.