The Romance Of History 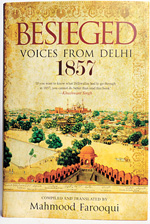 For historians, year 1857 is somewhat of an enigma. Those looking for deities for the Indian nationalist pantheon have culled out a few — Rani Lakshmibai, Tantya Tope and Mangal Pandey — from amongst the tens of thousands of the uprising's participants. But for historians who see events as manifestations of social processes, the eventful year remains a bit of a riddle. Secular nationalist historiography finds its religious fervour and pre-modernist hue a tad embarrassing. Historians have spent reams answering if 1857 was actually the first war for Indian independence. The quest has sometimes been rewarding: it has taken historians to methods of mass mobilisation 30 years before the Indian National Congress and some 60 years before Mahatma Gandhi. In the process, they have told us about the rural antecedents of the East India Company soldier: the conflict between his ties with his village and regiment.

However, 1857 has remained a brain teaser. Was it a mutiny? A rebellion? If you are looking for answers to such questions, it is likely that Besieged: Voices From Delhi 1857 will leave you scratching your heads even more.  Chances are you will go back to this book over and over again and probably end up getting more and more perplexed.

Rest assured: reading this book is likely to be a rewarding experience, each time, every time. For, Mahmood Farooqui has plumbed into a largely untapped archival resource — The Mutiny Papers — to tell us how people went on with their lives while the armies were battling it out. A historian, Farooqui — co-director of the film Peepli [Live]! — captivates in much the same manner as in his performances as a dastangoi  (story teller), who is known for reviving the Mughal time art of fable telling.

Farooqui has not shed his storyteller's garb in his avatar as a historian. besieged has coolies, porters, cobblers and saddle makers chaffing at the high-handedness of soldiers. There are bankers and shop keepers who resent having to be at the beck-and-call of soldiers. There is a courtesan who seeks out the men in uniform only to ask them for help in getting her house vacated off an obstinate bunch of tenants. There are cases of eloping, of people fighting over prostitutes and spies getting arrested. There are corrupt kotwals trying to enforce order on opportunist bankers, enterprising distillers and bhang dealers. There are also soldiers agitating over unpaid wages and meagre rations. And then there is a firebrand editor of an Urdu daily exhorting people to throw out the firangis.

If you are a student of history, Farooqui's book will make you fall in love with the subject again. If you like stories, this book will hook you to the breathtaking stories from the past.

Kaushik Dasgupta is features editor at Down To Earth