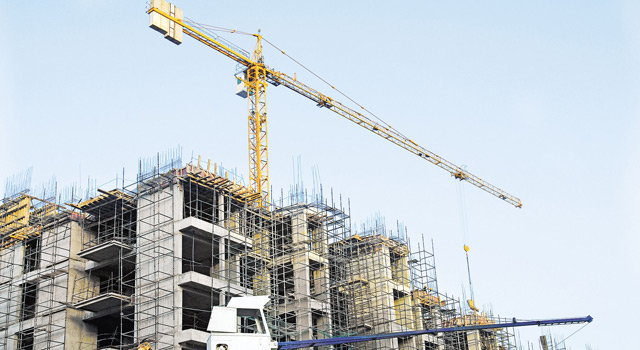 02 December, 2014
Print this article Font size -16+
There is a growing concern about the volume of ‘black’ or unaccounted money circulating in the system. Real estate has been a favourite parking ground for unaccounted income because the large ticket size of assets allows for hefty lots of ‘black’ funds to be absorbed in each transaction. Again, real estate and construction have only lately opened up to institutional and bank funding. Large realtors even today continue to run opaque financial systems that are not open to due diligence. It is thus only natural that ‘hot’ money will gravitate towards opportunities that do not leave a trail.

What is the volume of black money in real estate? Purely because of the sector’s size and informal structure, it is difficult to quantify. However, a realistic estimate — born from the experiences of most property buyers — indicates that, on average, 30-40 per cent of the transaction amount is paid in ‘black’. The larger the ticket size of the property, the bigger this component.

But, that is only the tip of the iceberg. The real estate sector runs a well-oiled, layered black money system beginning from land transactions to the final stage of sale of apartments. Since consumers pay in cash at the construction stage, vendors too are paid in cash. This helps them hide their real income.

The central government is understandably worried at the growth of black money in realty. Finance minister Arun Jaitley has suggested that Aadhar cards be used for tracking real estate transactions. “We should not lose track of domestic black money. Every taxman should know where it is operating — in mining, land, jewellery, luxury items and real estate. If you increase the tax base, you have to reach more areas. If the black money component can be brought back into the national mainstream, our gross domestic product (GDP) growth rates would be much higher,”  he told a conclave of income-tax officers recently.

It is not that tracking mechanisms are not in place. Currently, it is mandatory to furnish the tax identification number of an immovable property if the value exceeds Rs 5 lakh. Also, every registrar of property is required to annually furnish information on transactions in immovable property if the value exceeds Rs 30 lakh. However, the returns by registrars’ offices are shoddy and rarely tracked by income-tax authorities. To check under-valuation, the  Central Board of Direct Taxes had earlier made it compulsory for buyers/sellers to file details of all property transactions above Rs 75 lakh in Delhi and Rs 1 crore in Mumbai, with the proviso that the income-tax department had the right to buy the property at the declared value. However, this was repealed under pressure about a decade ago.

What is lost in this maze of government-speak is that real estate continues to be a preferred destination for investments. Though not as liquid as other asset classes such as stocks and gold, it is fairly safe against volatile price fluctuation and has shown consistent appreciation over the last decade. This is unfortunately what is also keeping home prices high, despite the lack of buying demand. Builders with large inventories continue to hold on to their price line because of the constant cash flow of unaccounted money from investors. Interestingly, a well-known economist has argued that the high volume of black money circulating in property was one of the reasons why India’s financial system did not crumble post the Lehman Brothers’ crash in 2008. His case was simple: since 40-50 per cent of the payment for property was made from ‘unaccounted’ sources, when the downswing began, these owners could not walk away from the loan or home; they continued to pay their EMIs to save their ‘black’ assets from vanishing.

As of now, the monitoring mechanisms in the property sector are near-zero. Despite all the lip service to transparency by the previous UPA government, the Real Estate Regulation Bill is yet to be promulgated. It is a telling tale of the state of the nation considering 11 per cent of GDP is generated from real estate and construction. It is to be seen whether Jaitley does better.